At 70, Pakistan is beset with fraught relations in its immediate neighborhood, especially with India, the main source of civil-military imbalance in our polity. While both Pakistan and India may potentially have a lot to gain by cooperating on trade, natural resources and climate change, the overarching reality is a perpetual standoff with nuclear implications. One major factor into this seemingly endless animosity continues to be the hatred borne of the senseless violence that attended the mass migrations following independence.

The horrors suffered by the incoming ‘Muhajireen’ are a well-documented part of our national narrative, included in school curricula and reinforced by the accounts of those who survived the savagery. However, except for perfunctory references to urban rioting in Lahore, Multan and other cities, not much is said about those who fled these parts for India. This piece does not, by any means whatsoever, presume to be a holistic narrative of said outward migration. Instead, I merely aim to share the oral history of the phenomenon, as learned from my grandparents and others of that generation who lived through those trying times in South Punjab.

In the Seraiki belt– and this is independently verifiable– one often hears the epithets, “1947 de raees” and “ghaddar de nawab”, when discussing the history of partition. Loosely translated, both mean the “nouveau-riche of partition” and are often applied pejoratively to clans/families that used the chaos of partition to get spectacularly wealthy. In the present-day, one can find scions of such families at the highest echelons of politics and government.

The model of governance implemented by the British Raj in the Indian subcontinent was anchored on a class of feudal and tribal elite that controlled the populace in return for imperial favor and patronage. Therefore, when the moment of truth arrived in 1947, and the awesome colonial state displayed its devastating effeteness, the rural non-Muslim populations, mainly Hindus as Sikhs did not have sizeable settlements in the Seraiki belt, had nowhere to turn to but the local ‘Zamindar’ or tribal ‘Sardar’. How they were treated, in turn, depended largely on the basic human decency of the grandee in question.

Much like the Jews of Europe, the rural Hindus of South Punjab primarily practiced usury as the Muslims dominated agriculture and land ownership. Having thus amassed significant wealth in gold and currencywhile kindling resentments among the peasantry, most departing Hindu families were compelled by circumstance to deposit their valuables to the local zamindarsin the hope that they would return for their riches once the unrest died down.

Anecdotal accounts say that after having made these deposits-for-safekeeping, many Hindu families were simply made to disappear. In Mianpur Bele Wala, the local zamindar offered a night’s refuge to more than a 100 Hindus on the promise that they would be safely escorted to the nearby Shujabad railway station in the morning. That night, the barn in which they were put up, was razed on their heads. Many zamindars deprived the Hindus of their possessions and then left them at the mercy of marauders and bandits, normally entire clans of landless peasants and lower castes looking for riches and revenge. Many others still, like both my late grandfathers, risked their own life and limb to ensure safe passage for the Hindus of their villages to nearby railway stations. Almost every caravan fleeing remote hamlets towards railway towns was ambushed. While the primary prize remained the Hindu gold, rape, kidnappings and murder were the norm. 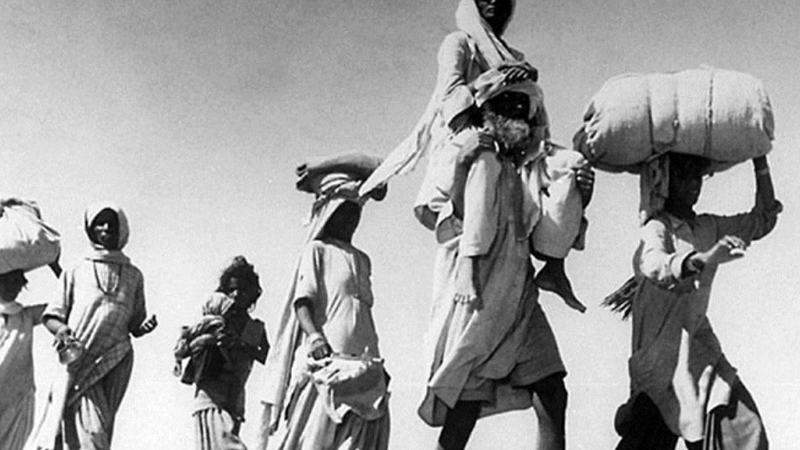 To be fair though, many zamindars accepted the safekeeping deposits in good faith but nobody ever returned to reclaim them. Some conscientious ones even refused the safekeeping responsibility for fear of not being able to fulfill it in chaotic times. This inadvertently saved lives as the way-layers were less inclined to kill if they found more loot off a caravan.

Toll-tax collectors, “Chungi Muharrars” and other petty government officials also made fortunesby blackmailing the refugees to part with their wealth in return for false assurances of secure passage. Interestingly, the ravages were considerably less severe in Bahawalpur, presumably because the Nawab was less callous towards his people than the Anglo-Indian bureaucracy was towards the non-white subjects of the Crown.

The Bablas of Shujabad were an anomaly in that they were both Hindu and one of the biggest landowning families in Multan division. Their prestige under the British Raj had earned them the envy of neighboring Muslim gentry. As the violence came to a head, the Bablas were forced to flee to India while their magnificent palaces in Sikanderabad were burned down by neighboring Muslim landlords, erasing centuries of history. On the flip side, Muslim feudals had an axe to grind against the Bablas because that family had come to prominence on the backs of the devastation suffered by many families among the Muslim nobility after Ranjit Singh’s conquest of Multan in 1818.

In conclusion, and as clearly felt by those who witnessed the events first-hand, the depredations of partition were not as much about communal hatred and the Hindu-Muslim divide as they were about the baser instincts in human beings: greed and lust, coveting your neighbors’ wealth and political and economic insecurities. Yes, Hindus killed Muslims and Muslims killed Hindus, and often religious passion fueled the bloodletting, but the real culprit was the displacement of large populations during a complete breakdown of law and order. The identity politics of the day only provided a simplistic and often sanctimonious cover to what was essentially a humanitarian catastrophe. Therefore, it is only by taking a humanitarian perspective that both India and Pakistan can finally understand and get over the rancor of partition.

The writer is a Fulbright Scholar in Public Policy, a public-sector economic development professional and a part-time farmer in Multan.