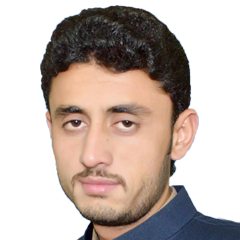 The Trump administration has finally unveiled its long awaited new war policy on Afghanistan security situation. It’s for the first time, in history of Pakistan and US relations, that the US president has displayed a conditional approach towards Pakistan.

The pushy approach has raised the eyebrows of Pakistan’s top civilian and military leaderships and is being labelled as a threat to Pakistan’s sovereignty. But at the same time, the policy also forced them to gingerly response to the braggart speech of the egotist Tycoon-turned-president.

Many Pakistani security and political analysts have criticised the new policy. They contemplate its consequences severe for Pakistan on failure to carry out the imparted US troublesome demands.

Presumably, the policy is a sumptuous package for Pakistan to consume it shrewdly. Pakistan can derive the solution to troubles with its neighbouring states in the wake of the new US policy.

The disputed region of Kashmir has certainly contributed to both the states facing human and financial loss. Both the antagonistic states had also fought few blooded wars over the disputed region. Prognostication of tremendous menace is still hanging on. The fact is that permanent peace cannot be guaranteed in the region without fixing the Kashmir problem. Liquidation of the decade’s colossal tenseness between the two states over the Kashmir territory is a prerequisite for peace in the region.

It’s a golden chance for Pakistan’s Foreign Office (FO) to scrupulously convince the US veterans in a way so as to convince India to find out a way out of the Kashmir issue.

Pakistan accuses Afghanistan of housing the TTP and termed it liable for the fragile security situation within Pakistan. Afghanistan in turn accuses Pakistan of supporting the Haqqani Network, notorious terrorist organisation, and has been terming it liable for instability within Afghanistan. Both the states are not willing to take stern action against the terrorists because of absenteeism of trust deficit. It’s time for Pakistan to move the demand before US authorities to influence Afghanistan to take action against TTP and disown them.

Pakistan also throws the cause of insurgency in Balochistan on Afghanistan as India uses its soil against Pakistan. Lasting peace cannot be achieved in Balochistan because of the BLA attacks on government forces and installations with the alleged support of Indian Intelligence Agency RAW.

Pakistan’s Afghan policy has been the monopoly of the country’s security establishment for the last few decades.

It’s the product of Pakistan military leadership that is totally based on jihadist’s concept contrary to democratic government set up. In a democracy, parliament is supreme, and the cabinet is answerable to it. Parliament can take military into confidence on key national security issues, but all decisions related to foreign affairs are to be made in parliament not in the General Headquarters.

The main aim of the Afghan policy is to set up Taliban puppet regime in Kabul where Pakistan’s interests are to be protected and to avoid the influence of India therein. Many political parties have been criticising the policy as it has never been approved by the Parliament. Pakistan’s rocky relationship with its neighbouring India and Afghanistan is the worst output of the policy. The new US policy in Afghanistan is an opportunity for Pakistan to get rid of its militaristic flawed policy towards Afghanistan by avoiding the influence of GHQ over it. Parliament should make it clear that foreign policy is an inclusive domain of the elected representatives with the exclusion of all others civil and military institutions. It’s about time Pakistan played its role in bringing the Afghan Taliban to the dialogue table.

The writer is a law student at the Islamia College University, Peshawar, and can be reached at khetran65@gmail.com. He tweets @ziaullahkh7199