“Diplomacy must look at the political scene from the point of view of other nations” — this third principle of diplomacy by Hans J Morgenthau is being missed out by Trump administration in his recent US policy towards Afghanistan and South Asia. On Monday August 21, 2017 Trump delineated his Afghan policy with a number of glaring aspects.

There are also some positive grounds on which an assessment can be made that for the first time US has chalked out its real objective in Afghanistan war after immense fighting of 16 years. US wants to bring Taliban to the negotiating table, but this time with its new Trojanhorse — India. Trump’s vibrant approach to hold Pakistan responsible for providing sanctuaries to terrorist outfits and militants, and seeking India’s assistance in economic development shows the US strategy of using India as its new Trojan horse in the second phase of Afghan war.

Ostensibly, the question arises of whether this strategy to increase troops to Afghanistan a new phase in the Afghanistan war or is Trump repeating the same mistakes that his predecessors made.Keeping the ground realities in mind it does not seem like a new phase in Afghanistan but rather a Trump 2.0 strategy.

The notion of attaining peace in Afghanistan and cooperation among South Asian countries has now withered away. There seem to be more chances for a new power bloc comprising  China, Russia, Pakistan, and Iran to be created in order to counter US strategy in Afghanistan

It’s more like old wine in a new bottle. Trump is going to repeat the same mistake in Afghanistan, ie to handle the exit and maintain peace in Afghanistan at the same time. US Secretary of Defense Mattis and General Nicholson made it clear that US has lost in Afghanistan. If US was unable to succeed with a large number of troops in the past 16 years, an increase of 4000 could not ensure a swift victory in Afghanistan. Moreover, US would meet with the same fate and this new strategy would not help in bringing Afghanistan war out of the current stalemate.

Trump wants India to assist US in economic development as it has economic relations with US. The Indian Trojan horse has become important for the United States, because it wants to keep India as an option for its logistical supplies in Afghan war via Chabahar Port. However, bitter relations between Iran and US could affect this option for the US. Thus, using India in Afghanistan is only to pressurize Pakistan and projecting Indian hegemony in South Asia as a counter to China’s strong hold.

Trump’s new South Asian strategy has created regional antagonism for US; China, Russia, Pakistan and Iran are all against the US strategy on Afghanistan. The notion to attain peace in Afghanistan and cooperation among South Asian countries has now withered away.

There seem to be more chances for a new power bloc comprised of China, Russia, Pakistan, and Iran to be created to counter US strategy in Afghanistan. An effective diplomacy must consider how other nations look towards the political scene. The US 2001 invasion in Afghanistan was supported by all these regional powers, but this time the chances of any of them joining hands with the US seem bleak.

Most analysts are of view that Trump’s harsh rhetoric towards Pakistan like economic sanctions or giving strong footings to India in Afghanistan would marginalise it in South Asia. Pakistan can now adopt a multiple approach to counter Trump’s South Asian strategy; at the global level bilateral alliance with its all-weather friend China and emerging ties with Russia could help in dealing with US’s strategy for South Asia. Iran’s wild entry to CPEC would derail India’s Chabahar options and jeopardise US’s alternate way out.

The extension of CPEC to Central Asia and connectivity with Russia would consequently make US more isolated in the region. In Trump’s view there is a need for a regional approach towards Afghanistan and if that is so then this ‘regional’ approach should incorporate other countries of the region also. The options for Pakistan are not naïve rather it has multiple options and alternatives in this multi-unipolar world.

The author is freelance columnist 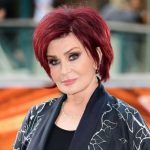 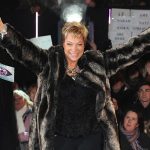 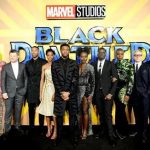 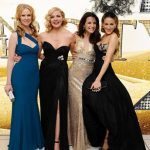