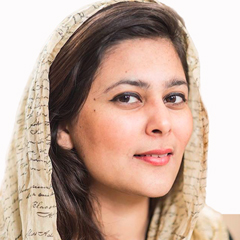 Starting from elementary school, children are told which universities, teaching mediums, and professions fall inside or outside their ‘prestige.’ Then they start behaving condescendingly towards people from different educational institutes or aspirants for socially ‘unprestigious’ career paths

The loss of innocent lives now seems routine due to the hatred and prejudices which have become, or have always been, an intrinsic part of our social fabric. As we fight a war against terrorism, with sincere goals (at least on paper), little attention is being given to the radicalisation plaguing our society to its very core.

This hatred-ridden mindset that we must counter is only breeding violence. An outcome of this hatred is the use of ‘Jihad’ as a slogan for political ends. And this mentality that is nurtured during a child’s formative years requires introspection on our part.

Just recently a Christian boy, Sharoon Masih, was beaten to death on third day of his school by his classmates.

His crime? He practiced the wrong monotheistic faith.

If that was not bad enough, he belonged to a lower social stratum. The reason for this inhumane treatment meted out to him by his class fellows and country? He merely had the audacity to drink from the same cup as the upper-class Muslim students.

One is compelled to ponder. Where did we go wrong? Besides being a building for grooming overachievers, educational institutions also complement the efforts of parents who seek to instill the values of humanity, love, and justice in their children.

However, they are becoming hotbeds of extremism. Besides madaris, non-religious educational institutions too are effected by this peril of prejudice. I would believe that it may be easier to fight a known enemy but how does one fight an ideology deeply ingrained in our upbringing and lifestyle?

Let’s face it, all of us born into privilege are raised to look down upon those who are different or deemed members of lower social class. We do not respect human beings as individuals according to their character. Unfortunately, the respect we give, get, and earn is a result of antiquated notions like class, family background, creed, caste, and, lifestyle.

Those of us born into such a culture unconsciously imbibe the same values and adopt certain behaviours towards those different from us. Colonialism is long gone but this timeless tradition of treating the lower strata of society as ‘colonised’ or the ‘other’ persists. It is this very social conditioning and mental makeup that killed another innocent soul. Be it Sharoon Masih or Mashal Khan, the apathy of the school is cause for alarm. Mechanisms to check for any sort of bullying or harassments are innocuous at best. Nor do our public and private educational institutions possess adequate complaint redressal protocols.

Compounding such atrocities is this grim reality. Home is when the initial seeds of hatred are sown. If children grow up in an environment where other adolescents are domestic helpers and cleaners, how can we expect them not to differentiate between individuals according to their social class from a tender age?

Furthermore, when children are taught to adhere to a single interpretation of Islam and slight deviations result in cultural exclusion; religious intolerance flourishes amongst the youth. Starting from elementary school, they are told which universities, teaching mediums, and professions fall inside or outside ‘prestige’. As a result, they start behaving condescendingly towards people from different educational institutions or aspirants of socially un ‘prestigious’ career paths.

In a society that normalises bonded labour while granting little respect to those performing labourious jobs, individuals will only be socially labelled and ostracised. It’s high time that parents teach their children to respect every individual irrespective of outdated norms. Because without basic respect for fellow human beings, what good is an education?

In a society that normalises bonded labor while granting little respect to those performing laborious jobs, individuals continue to be labelled and ostracised. A child who happens to be born in a lower class while trying to chase their dreams is not encouraged to follow them. Such irreverence is tantamount to rebellion.

Sharon merely wanted to afford the luxury of being treated as an equal. Yet he paid the price for this provocation with his life.

The gradual polarisation of society is alarming. Even within the same social class, there is scarce acceptance and respect for those outside the status quo.

We are taught to shun differences. Not to understand, tolerate, or celebrate them.

It goes without saying that we must first accept that ideals of class-based prejudice and ‘religious superiority’ are always passed down from generation to generation. Now it is imperative that this generation breaks free from that tradition of discrimination by inculcating the values of tolerance, respect, and human dignity in their children. If this hatred is eradicated from its very core, the ongoing cycle of violence may cease to exist.

It’s high time that parents teach their children to respect every individual irrespective of outdated norms. Because without basic respect for fellow human beings, what good is an education?

The writer is a barrister and currently pursuing Master’s degree in International Politics at SOAS, London