When illegal goods cross the border

When we hear the president talk about the need for increased US border security, we usually think of illegal immigration. But there is another crucial aspect to protecting our borders the president is working to address — the influx of illegal goods from foreign countries streaming across our borders — goods that threaten our domestic manufacturing industry, delay job growth and undermine our national security.

China is flooding US markets with products of every kind, all at cut rate prices. Given how much of China’s manufacturing industry is subsidized by its own government, most Chinese manufacturers aren’t interested in profits; they just want to keep workers busy.

As a result, millions of tons of steel, concrete and aluminum are illegally entering the country. The gamut of illegal goods coming from China and other foreign countries isn’t limited to industrial products. Wooden furniture, honey, mushrooms, even freshwater crawfish are coming into the US in violation of established trade agreements.

How can this happen? Very simply, China works overtime to cover its tracks by transshipping thousands of products to other countries where they are relabeled as products from a different country of origin. This product “laundering” is illegal, it’s hurting our own manufacturing industry and in some cases it’s threatening national security.

Former US Army Brig. Gen. John Adams believes the rampant flood of Chinese steel entering our country threatens our national security. Gen. Adams notes that if our own steel industry erodes, we would obviously become reliant on foreign nations to supply us with steel products. But what happens if we are in a conflict with one of the countries we need for steel production?

“As capacity declines we get into a space where the future of [the steel industry] to be able to provide for defense is going to be compromised,” said Gen. Adams. “What we’re trying to avoid is the diminution of our capacity to the point where it means we can’t rely on American domestic production for things we do not want foreign producers to do.”

“These are specialized steel products that have been developed through American research and development through classified requirements The last thing we want is for a rival to know what our specialized requirements are because then they’ll know how to defeat it,” Gen. Adams said. Gen. Adams also raises concerns about how our national power grid and our underground water system could be compromised if America cannot manufacture its own steel.

Steel company executives recently asked President Trump for “urgent” action on a Section 232 investigation designed to look into the national security implications of dumped steel imports in the United States.

In addition to the 232 investigation to determine the impact of foreign steel on national security, a Section 301 investigation is looking into well-documented actions by the Chinese government to hack into hundreds of American companies and steal intellectual property and trade secrets worth billions. U. S. Steel, numerous high-tech companies, the solar power industry have all been raided by cyber-hackers.

In April, 2016, U. S. Steel filed a complaint with the US International Trade Commission (ITC) to investigate the largest Chinese steel producers and their distributors for illegal price fixing of Chinese steel and the false labeling and shipping of Chinese-made steel through third world countries. All of these cases need to move forward. Administrative Law Judge Dee Lord, who is presiding over the price fixing and transshipping case, has an important opportunity to demonstrate impartiality by allowing this case to go forward.

When you ask most Americans to list their top concerns about our nation you most often see national security, economic recovery and job creation listed as the most consequential issues motivating people when they go to the polls. The unethical and illegal actions by China and other nations to flood American markets with cut-rate steel and other projects represents a threat to our manufacturing industry, our national security and our ability to kick-start our economy.

Our steel and manufacturing industry isn’t going to recover without help. The investigations into China’s actions and US Steel’s lawsuit against China’s steel industry should all move forward. 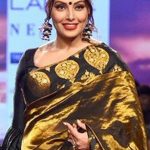 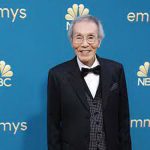