How KP Police failed us despite reform claims

The Khyber Pakhtunkhwa (KP) police reforms have received widespread praise across the country but our recent experience with them has been a complete opposite. This was not a failure of one person or two, there was systemic failure across the board.

My brother came under assault by an influential rival party, however, the local Hayatabad police station Peshawar will not register his FIR even though it was an armed attack. It took a long struggle of five months and eventually a court order when the FIR was finally registered via AC-22 petition.

Even with FIR registered, it was still a lost battle. The Station House Officer (SHO) and the police station openly took sides with the rival party and there was no one to keep a check over them. During the course of this incident, we saw how police investigations are conducted which are practically non-existent. They simply give favourable reports to the more influential party without even taking statements from involved parties.

The local police had melted so much to the influence of rival party, they found the heart to assail my brother 2nd time, this time in presence of police at the premises of lower court Peshawar. My brother sustained visible injuries this time. This incident had taken place under the jurisdiction of East Cantt (Sharqi) police station, Peshawar, which would now be the 2nd police station that my family will work with. 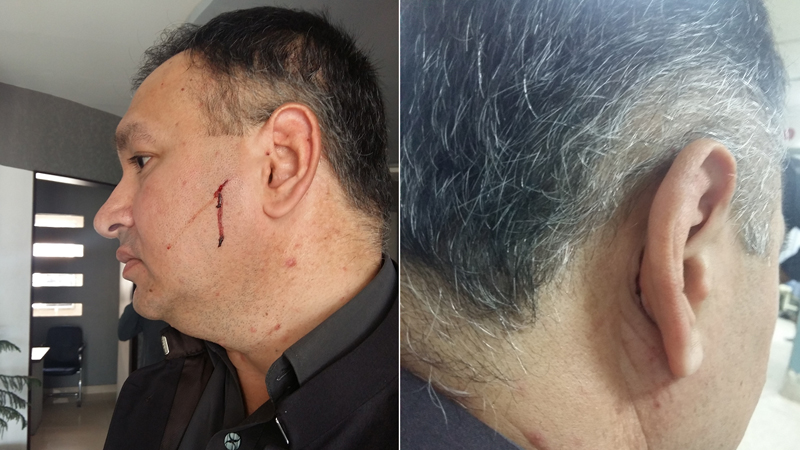 The Sharqi police station, instead of registering an FIR on my brother’s plea, registered one against him and also against my two nephews (both engineering students) who were not even present at the scene. They arrested them all without any investigation and imposed extremely strict section of laws resulting in unbailable arrests. At the same time, once again they would not register my brother’s FIR, even though he has been working hard for last one and a half year to get it registered.

It’s unimaginable corruption that police will arrest the victim of an assault & complete innocents when the incident had happened on their watch.

This was not just a failure of lower staff. We worked with senior police officers extensively over the course of almost two years to resolve this case but futile. We discovered, to our dismay, even they wouldn’t take action against the influential rivals and not even against their police who did such wrong. Despite the fact that we worked with 5 SSPs, 2 CCPOs, 3 DIGs, 2 IGPs during the course of this case, my brother’s FIR couldn’t be registered to this day which is the bare minimum we are asking!

There were countless problems with police but one particularly epitomises our whole ordeal. One of my nephews charged in rival’s FIR had an incredibly strong alibi, he was sitting in his engineering class at the time of the incident. His attendance was marked, he was also captured on his university surveillance system entering and leaving campus that day. If that was not enough, when police ran geolocation tracking on his mobile, it was also found to be present at his university, hence three forms of location tracking all pointed to one place. But police will not even move his name to column #2 of challan which is required under law.  This was the state of police who wouldn’t take the slightest of adverse action against the interests of the rivals even when the that means an innocent engineering student is falsely implicated.

There were a few glimmers of hope. ASP Najam, an honest and brave officer conducted the first high-level inquiry into this case and declared that both my nephews were not present at the scene and were innocents. But the then CCPO set aside his report and made it disappear bowing to the pressure of VIPs, a clear misuse of power. 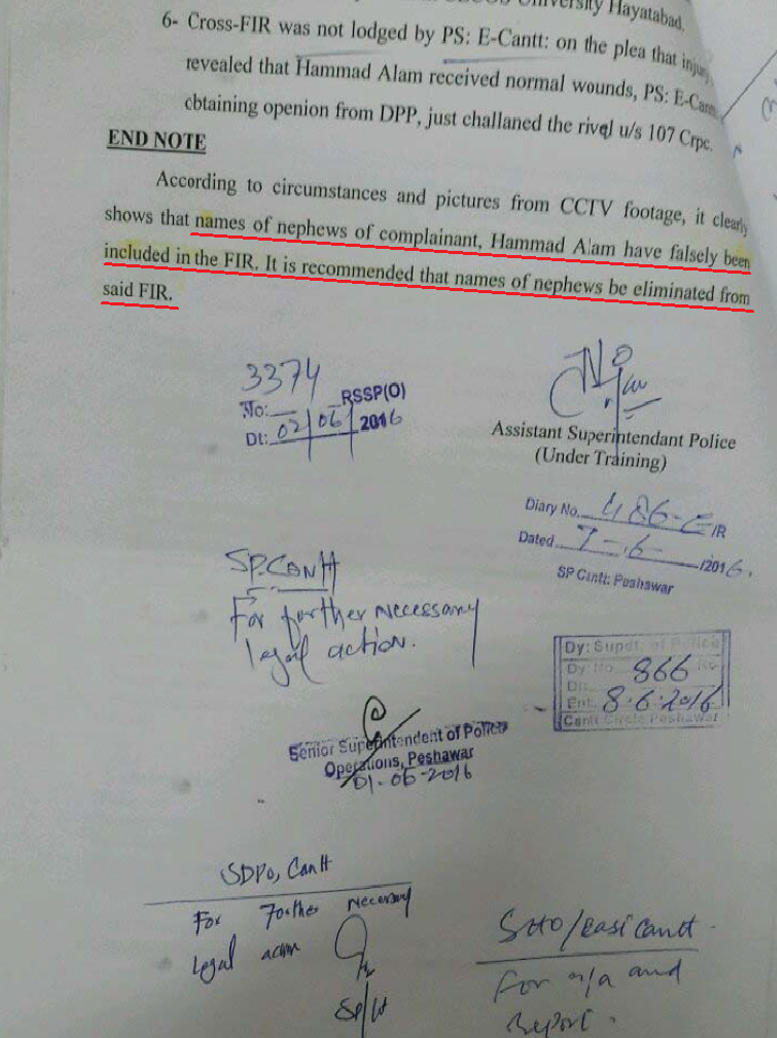 Another high-level Joint Investigation Team (JIT) was constituted under the supervision of SSP Traffic Sadiq Baloch to investigate in particular if the local police have indeed acted wrongfully.  The JIT issued a damning report validating all the wrongdoings by police and recommended action against them but now the new CCPO wouldn’t act on it even though the report is by such a competent authority. 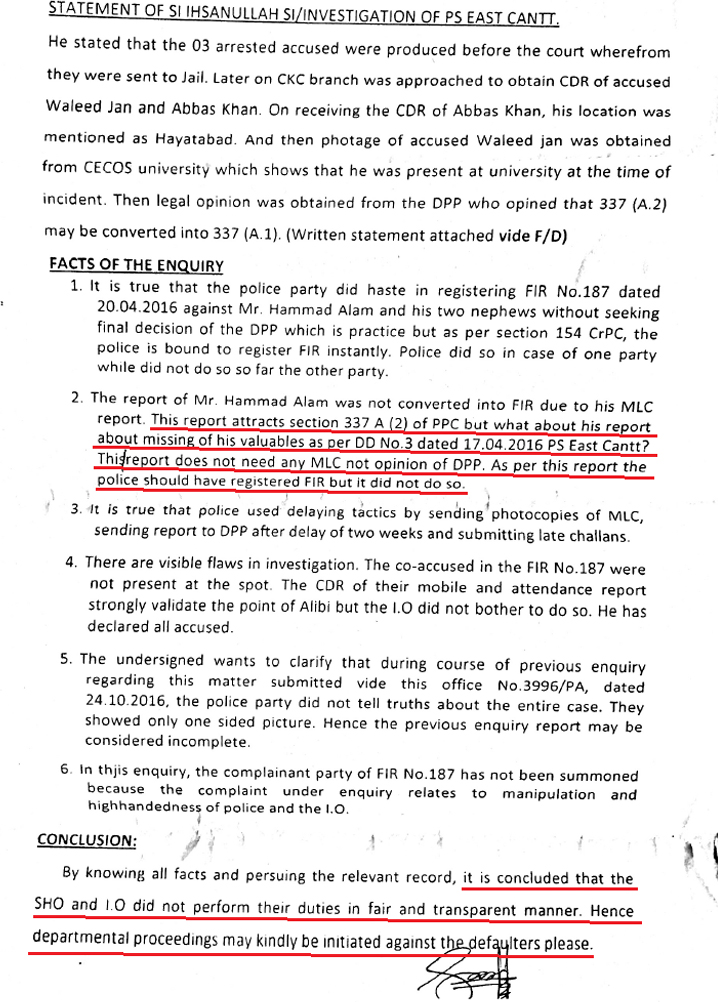 KP Police sends out tall claims that law is same for all but we found the hard way how that is not the case. We worked with two police stations and a multitude of senior police leadership but the culture we found was the same across – they will not act against VIPs at any cost and rather act as their sub-servants.

I have covered this case in great details on my blog. The purpose of such details with analysis at the end is to show the core problems with police in context with our case so they can be addressed as part of reforms if they are indeed genuine.