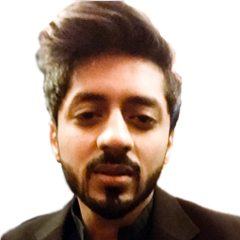 PPPs dilemma in the Punjab

An effective democratic consolidation process requires, political forces, which vie for political power through competitive elections for legislative bodies, to translate their initial policy promises through the administrative means afforded through the Constitution. However, a nascent democratic process of Pakistan, gradually reaching its second successful civilian transition of power in 2017, has had to contend with usurpation of power via martial law from 1958-1971, 1977-1988, and 1999-2008, where the institutions of the parliament were run through executive decrees and sham parliaments.

These direct martial laws, legitimized by the courts, had adverse long-term consequences — severely curtailing the space available for political parties which assumed power in the post-military period. The military-bureaucratic institutional nexus, has often assumed a very distinct kind of anti-intellectual and anti-political position, in post-military, civilian-led phases, vilifying or brutally crushing political action which could lead to a questioning of the excesses of the bureaucracies.

This happens most in the key areas of foreign affairs and management of regional security — where the military still rules. Added to that is the actual, and often implicit, struggle for power — where the military can help to rig elections, misuse religious sentiment to discredit political opponents and generate paranoia. Moreover, it can use its financial and corporate clout as a bargaining chip to try to woo turncoat politicians and form-forward blocs. Post-military rule, civilian governments have repeatedly been forced into bargaining with the mullah-military nexus, from a position of weakness.

Pakistan’s federal system ensures that a party cannot form government at the centre without claiming victory in the Punjab, and the PPP has not won Punjab outright since 1977

Since its inception in 1967, the Pakistan People’s Party (PPP) has won every National Assembly election after a martial law. Is this a mere accident of history or has the party’s programmatic opposition to military rule and its politics of brave resistance, played a role in this eventuality? In 1970, Bhutto got a moth-eaten and divided Pakistan. Post Bengali independence from West Pakistan, the military command was terribly shaky, and 93,000 prisoners of war were captive in India. In 1988, Benazir Bhutto received a Pakistan reeling from the after-effects of Zia’s ill-fated policy in Afghanistan where Islamic extremism was cynically employed to fight capitalist America’s war through proxies and drug money against the “godless” Soviets. Her party cadre was reeling from the devastating violence it suffered at the hands of the military establishment during the Movement for Restoration of Democracy, after its founder’s assassination in a sham trial.

In 2008, post-Musharraf, it was freshly widowed Asif Ali Zardari, after the murder of Benazir Bhutto left the Pakistani political system with a leadership crisis of gargantuan proportions. The Pakistani socio-cultural fabric could be seen split antagonistically on ethnic, sectarian and racial grounds, while the downsides of the Musharraf regime’s ill-fated ‘good Taliban, bad Taliban policy’ and short-sighted misadventures in the economy began to be exposed to the world.

The 2008-13 PPP-led plurality government negotiated its way out of a logistical nightmare, with mixed results: passing the momentous 18th amendment in a bold and unanimous way through the Pakistani parliament, being instrumental in increasing provincial autonomy, realigning the system around parliamentary preponderance and undoing dictatorial moves by previous martial law regimes.

Among other things they also managed to finish a historic term in government — a first for the extremely polarized Pakistani political system, which could not absorb the politics of “reconciliation.” Alignment with the PML (N), PML (Q), ANP, MQM, JUI-F, at various stages in government led to mixed results for the party’s public image and severely curtailed the propagation of the party’s left-of-centre ideological inclinations as the party took severe hits for the system. Former President Asif Ali Zardari’s planned vilification by the military establishment is no secret, and with a hostile media environment and an activist Supreme Court, inventing one existential threat after another, it became difficult for the party to maintain a public face. Constitutional protection, a professionalisation of the parliament, social security nets for the masses, and sustained relief for the farmers and the agricultural sector, failed to deliver power in the 2013 General Elections as public disillusionment reigned supreme with the failures of the ruling party in combating the energy crisis, controlling the cancerous spread of terrorism and quelling allegations of financial corruption successfully.

Post 2013, it seems like the PPP was focusing on consolidating its ground in Sindh, even gaining surprise buy-ins in urban constituencies which were once MQM-strongholds. But the imbalanced nature of the Pakistani federation dictates that you cannot form a government at the centre without the Punjab, which hosts the majority of the Pakistani population, and the PPP has not won Punjab out right since 1977.

Currently, the PPP seems to be almost non-existent in Lahore. Urban Punjab provided the PPP its biggest support base in the 1970 General Elections — a vibrant student/labour/farmer union movement and the urban intelligentsia adding to the rural support from lower-middle income groups. PPP which was once a symbol of the Pakistani federation, is increasingly viewed as just a Sindhi party. While it is never a good idea to guess Zardari’s next move in politics, it seems very reasonable to speculate that this is a very careful strategic pause, and the PPP is limiting its political canvassing just as in the 2013 Elections, when banned terrorist outfits were openly threatening them on TV, while PML(N) and the PTI, on the right, wanted peace talks with banned terrorist outfits. However, eleven months ago, I asked a PPP parliamentarian whether the party was interested in pro-actively campaigning amidst the threats and lack of public support in the Punjab?

He cautiously suggested that the PPP could not afford to give more space to the right wing parties because it had learnt its lessons in history, and that the normalization of Taliban in dominant Pakistani political discourses was a dangerous reality. PPP grabbed only 816 votes in the NA-120 by-elections; even the extreme right-wing and socially regressive outfits, the Labbaik Party and MML, shockingly gained more votes, while PPP failed miserably with 1416 votes as socially progressive parties stood humiliated at the ballot. Whether the PPP can woo back its traditional urban middle-class voter base in Punjab and become a fashionable outfit on social media spaces remains a question. However, you cannot be a bulwark against the military-mullah nexus without public support. In that context, the short-term prospects for the party in Punjab, seem pretty grim.

The author is a freelance columnist. He tweets, reluctantly, @irtiza_shafaat