“Can you believe those whores lasted for 10 Years? Ha HaHa!”exclaimed a feisty Kourtney Kardashian in the Kardashian 10 Year Anniversary Special which aired on E! justa few days ago.

If I have to describe the episode in one word, I would say ‘nostalgia.’ Everything from Kim’s sex tape to Khloe’s DUI arrest, fromKourtney urinating in a hotel to feeding on a pineapple to improve the smell of her vagina, from lip fillers to breast implants, from Khloe losing weight to strange terms like ‘fancy nancy’ and ‘OKURRR, from Bruce Jenner’s transition to Caitlyn Jenner, from Kylie’s boyfriend while she was a teen to Rob sleeping with Malika (Khloe’s best friend), from Khloe making the seductive video for Lamar to Kim’s 72 days marriage, from Lamar’s overdosing to Kim’s nude selfies, from Kris living alone to residing in a mansion, from Rob’s struggle to lose weight to Kim’s robbery in Paris, from Kris urinating in her garden toKendall’s modeling career, from Kim’s selfie book to Scott’s drama every year, fromthe inclusion and removal of the other Jenner’s to Kim’s pregnancy, from Khloe’s wedding in just 9 days toKylie Cosmetics, from Kourtney giving birth on the show toKKW Beauty, from Kim’s teeth jewelry to her lip ring, from Kim having a glam team for labor (she cancelled it later on) and many other occasions, is all out and it should! Everything flashed before my eyes. No matter what they go through in their life, ‘the show must go on’.

Just like Real Housewives is golden television and KUWTK is classic television, the Kardashians are the new ‘normal’.

Keeping Up With The Kardashians just made history by being the first ever celebrity docuseries with an original cast for being on air continuously with 13 seasons and 9 spin offs, in the history of reality television. The show premiered on 14th October 2017 and was an instant success – this made the Kardashians build an empire in no time. The show is being aired in 160 countries (can you even imagine?)The Kardashians are a phenomenon.It all started with a little show and a small boutique by the name of DASH. During the past 10 years, we have seen them expandand evolve into a multi-million dollar which is being adored and loathed by millions at the same time. Their realm includes perfumes, beauty products, cosmetics, kids’ collections, socks, games, apps and so much more.They are the real definition of evolution!

According to Forbes, Kim nearly made a massive amount of $50 million in the last year from her app, emojis as well as endorsements. Kendall ranked no. 3 on the magazine’s list of highest-paid models with $10 million in income. Kylie’s makeup line went on to gross $420 million in its first 18 months; WWD reports it will earn $1 billion by 2022. Kourtney and Khloe earn between $10 million and $15 million each through social media endorsements. 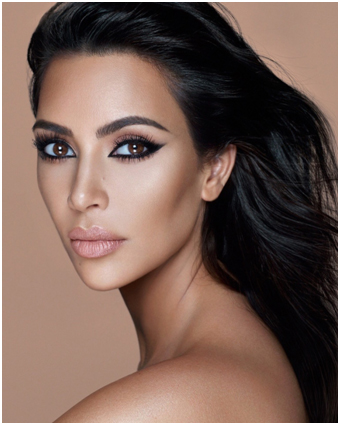 Kim Kardashian is often referred to as the ‘Queen of Contouring’.  She is believed to have started the trend of contouring.

Presently, she owns a beauty line by the name of KKW Beauty, which mostly include contouring products.

Kris Jenner is often referred to as the ‘mamager’ (Mama + Manager) of the Kardashian and Jenner girls, but it’s Kim Kardashian who is the queen of all.  With great influence, Kim alone has more than 100 million followers on her Instagram.

Kim started a revolution and paved the way for the economic structure of native influencer marketing. As a result of success shown by Kim, brands were intrigued to spend money. Brands found out that when they pay a celebrity to send out a branded tweet, sales push up and helps them secure the easiest way of promotion rather than spending money on making advertisements and renting out bill boards. Social media suffices it all.

Khloe was often called as the ‘fat sister.’ She was a bit chubby in the initial days when the show started, but she has evolved so much since then and now procures a show of her own by the name of ‘Revenge Body with Khloe Kardashian’ where she motivates people to work out.

Khloe’s exercise routine can also be seen on her Snapchat on a daily basis.

The Kardashians are famous for being famous and are blessing us with top class entertainment. Remember those prophetic words from Kim?“I wanna do a documentary on my life, and show all this,” she said, to which Kris replied, “Oh, what a great idea, maybe call it Keeping up with the Kardashians.”

Kourtney Kardashian, the little one, is famous for having gluten free food. Kendall Jenner has walked for almost every high fashion brand in the world. Kylie Jenner is building an empire for herself from Kylie Cosmetics. That’s redefining the bounds of being ‘celebrity’. 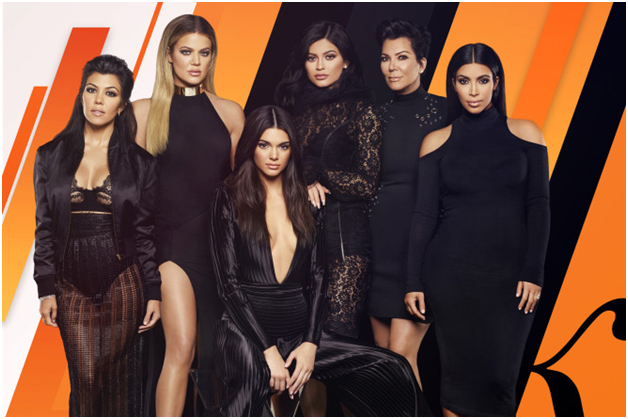 “I probably have the best home videos in the entire universe,” Kris Jenner said recently in the 10 year anniversary special on E! which suddenly made thousands of us sad thinking why our home made videos aren’t as cool as theirs. The way they have transformed since 2007 is phenomenal.Let’s just have a look at an example from this decade of dominance. Who doesn’t remember 9 year old Kylie Jenner dancing on a stripper pole from the very first episode of the series? They started breaking norms since the first episode. None of them conformed to societal norms.

Yes, they are blamed for every plastic surgery procedure known to mankind on their faces and their bodies. Yes, Kylie Jenner was highly criticized for having her lips done. But, don’t we all wish to have botox, lip fillers, liposuction procedures done etc. This indeed is a hypocritical world.

From interracial relationships to Bruce Jenner’s transition, they have always endorsed love, equality, peace and harmony along with endorsing products. This family has been through real life issues just like all of us have. Weddings, break ups, divorces, children having to deal with the transformation of a parent, co-parenting, struggle finding dates, over weight insecurities, don’t we all go through all these real life problems? There is one thing though that they never had to go through since the debut of the show, and that is money problems, unlike all of us. The Kardashian progeny will never have to worry a day about bread and butter.

It’s unfortunate that people don’t give them enough credit for the hard work they have done. If you just evaluate their journey from 2007 to 2017, it’sas extraordinary as it gets and wasn’t an accident at all. A lot of blood, sweat and tears went into building the Kardashian Empire.

10 Years! Just as an entire generation doesn’t know pre iPhone life, they don’t know pre-Kardashian. This is the Kardashian Generation.

We are living in a KARDASHIAN WORLD!