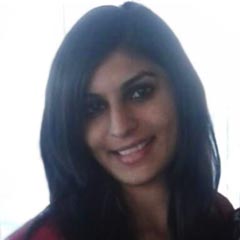 The execution of the governor of Punjab in the capital has caused riot among the masses. The ruling party is upset, so are his opponents but there are also those who are gladdened. Vocal in their online comments on social media like YouTube, they say he deserved it for calling the blasphemy law a black law and for siding with Aasia Bibi for the allegations that she committed blasphemy.

Salmaan Taseer’s brutal murder in broad daylight is not only meant to spread fear in every common man but actually attack the symbol of liberals and progressives across Pakistan.

He reinvented the concept of Orwellian clarity of speech. He used even wit and insult to tell his political opponents what he really thought of their schemes. He spoke his mind, rested only when the point was made.

He had come to be the only man who defined the fight that is the only fight worth fighting – between the mullahs and the progressives. Before him, no one had dared vocalise the fact that there remains an ideological divide in Pakistan. On the one hand, you have the Fazlur Rehmans from the religious parties who call Salmaan Taseer an extremist for showing support to Aasia Bibi and cannot differentiate this act from the act of terrorism. On the other hand, you have Salmaan Taseer who may not use the most appropriate language when formulating official memos but is overall a self-made man. Someone who builds wealth and enjoys its fruits. Someone whose children are invested in this country and who has himself rooted identity economically, culturally and in terms of posterity. These are the two sides among which there must be war for Pakistan to proceed from this stalemate.

It is more moral to stand by your country because it is the right thing to do, as opposed to driving a divine mission based on a conditional obsession as the religious right-wing does.

The brutality of this murder lies in the casual and trusting day Mr Taseer was to have if those 27 odd bullet wounds would not have settled in him. He was having a fun day. Pakistan’s bigger tragedies are that it is boring. The youth, which now forms over 65 percent of the country, are out of options to have a good time, with freedom and access to clean entertainment. Salmaan Taseer was a leader who had a pulse on the youth and emulated the spirit of youth and vitality.

A Twitter addict, he kept a watch on the Punjab government, engaging with thousands of students and professionals and getting them to participate and become more aware. This was the beginning of a new era of democratic forces at work. The forces of obscurantism however are faster than the cluster of internet users. The educational divide in Pakistan remains every true leader’s biggest challenge.

The murderer of Salmaan Taseer points to a growing minority that is more powerful than the elite in this country. It rules over the elite through the zest of holy orders that descend from minarets everywhere. More than dispensaries and schools, mosques form the unregulated educational channels across the country.

With the war in Afghanistan, an insurgency in Balochistan and the Kashmir freedom struggle, there is enough cannon-fodder to go around. Impressionable minds will grow to the thousands, as fewer economic opportunities and a dearth of positive influences exist. Pakistan needed a courageous governor like Taseer but even more it needed a governor to know his terrain.

The space for progressive liberals is smaller today as a Salmaan Taseer-shaped hole is carved in the universe today, but there is still room to breathe. Until then, we will keep saying that the blasphemy law needs to be repealed because it is a flawed law and because it is a catalyst of minority persecution and a reason for religious frenzy and misplaced accusations.

We will continue to cry out for what we feel is right and wait for our turn. This will be our way of honouring Mr Taseer.