“He who passively accepts evil is as much involved in it as he who helps to perpetrate it. He who accepts evil without protesting against it is really cooperating with it” – Martin Luther King, Jr.

Salmaan Taseer left the Governor House with both honour and dignity intact. In a country where the megalomaniac pull of power and politics has sold many souls to the devil, our forever governor was a force to be reckoned with. Contrary to popular opinion, Salmaan Taseer did not offend people – he intimidated them. In a society harnessed to hate, that is a dangerous precedent to set. Coming from a family distant from the flaws of feudalism, Salmaan Taseer was a rarity; he rose to gargantuan heights on no secondary shoulders but on his own two feet. Where dynasty and imaginary lineage have, for decades, mauled the mandate of true democracy and progress, Salmaan Taseer became a somebody from the long line of nobodies who live and rise among us. Defining a liberal Pakistani dream, Mr Taseer epitomised everything that this land promised its newly christened citizens back in 1947. His very existence demonstrated to people that even in this gloom and pallor of a state riddled with rustic curses, one man’s determination can free him of the antiquated sermon of submission that all us Pakistanis have fallen prey to. His life, travels, views, raw honesty, ascendance and dynamism emboldened the quiet moderates to voice their ideologies without fear for the very first time in a manner unheard of in a country rocked and ruled by men and women who have no identity because they have departed from integrity and progress. He was an intimidating man because he did not suffer the malaise of hypocrisy that has penetrated the pith and principle of most human beings in this land. He spoke his mind and he spoke it without fear, but with plenty of wit and, at times, stinging valour; it stung because he said what we all felt and knew was right but were too intimidated by the wrong factions to say it. Intimidation is a strange thing; it can either make you cower in submission or it can make you a gallant of Goliathan proportions.

Salmaan Taseer intimidated his peers, his subordinates, his fellow liberals and even the swarm of extremists who orchestrated and celebrated his death but are, in actuality, responsible for making the man into the first true martyr for a more liberal, more just Pakistan. ‘Muslims’ are so fond of quoting worldly examples to expunge their irrationalities that I would like to take a leaf out of the bigot book for this. Many Muslims hold the opinion that God shows to the believers the true value of a man’s worth only in his death. Salmaan Taseer died fighting for a cause he believed in and that makes him a hero. Dear fanatics, what do you think God is trying to tell you? His last rites, the mammoth turnout of mourners to pay their final respects, a hero’s goodbye and the colossal grief that has confounded the country are not the reactions awarded to a sullied soul. In a nation where men and women have been booted out of power and governors have been unceremoniously kicked out of the Governor’s House – some without shoes on – Salmaan Taseer left with homage and honour. If we are so blinded by convictions, let us take stock of the man’s final farewell.

The Blasphemy law has demonstrated in practice that it is not a devout law; it is atonement for the lunatics who achieve their only worth in life on the burdened back of our Prophet’s (PBUH) exploited honour. The underbelly of extremist Islam is swarming with individuals who would rather promote a desecrated dogma than salvage a strengthened sanctimony of compassion, human rights and tolerance. The real blasphemy does not take place in open fields between women of two different cultures, different beliefs and different opinions; it takes place in the house of God where different edicts are screamed from the speakers by men who have made themselves false prophets – as warned from the times of Abraham. Blasphemy occurs when the gunning down of a progressive is met with celebration instead of castigation and sanction instead of sentence. When mullahs incite further anger over the sands that falter on the grave of a man who had so much more to say, they practice blasphemy. They read upside down from their scriptures when they condemn any attempts at mourning and offering prayers for the fallen. They, by the very essence of their existence, are walking, breathing examples of blasphemy because they have intervened between God and man; they have demonised our own personal spirituality with their rituals, symbols, rules and rewards for violence. When a certain maulana on the television recently said that the governor’s death had no association with blasphemy but the anger generated in the people due to his “excessive” lifestyle, the bearded bastion’s arrogance screamed of blasphemy for he failed to grieve the death of a fellow citizen, something our Prophet (PBUH) would weep over. Such mullahs and radical rejectionists practice blasphemy by baying for the blood of a woman the governor died trying to set free.

It is time we fought fire with fire. If they can call voicing an opinion blasphemy, we can demonstrate extremist existence as blasphemy. A voice of moderation and liberal ideas has been snuffed out between the thorny fingers of misconstrued and manufactured ideologies. His death must not be in vain. It is time the PPP sprout a spine and address the very laws their governor died to amend. In the end, he was the lone voice in a rampage of irrationality; his party deserted him but he did not abandon a just cause. Blasphemy is real when we do nothing over the death of a true progressive. Blasphemy becomes us when we sit back in silence and drown out the rabid, white noise of the mercenaries of the minarets by ignoring these issues, a stance that Salman Taseer did not take. He truly was “the last man standing”; let us pay due tribute and work to amend the cruelty that comes with the blasphemy clauses.

The writer is an Assistant Editor, Daily Times. She can be reached at reemk80@gmail.com 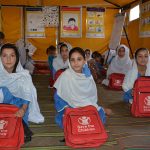 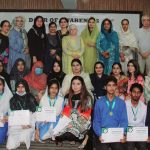