The tragic death of a female constable and five of her family members in a rocket attack on her house by the Taliban in Tootkas town in Hangu district is yet another reminder of the brutality of the Taliban. Shamshad Begum, 50, had been receiving threats for some time and had been asked by the Taliban to quit her job. She may have been singled out because, first, she was a woman working in an unconventional profession, and second because was currently assigned the job of searching women at checkpoints. After recent surfacing of female suicide bombers, the Khyber Pakhtunkhwa Police had shown sensitivity to local cultural traditions and, wherever possible, appointed policewomen at checkposts to search women. Hence Shamshad Begum represented a threat to them. However, the retribution visited on her far exceeded her ‘crime’. One might ask what was the crime of her two sons, a daughter, and two sisters-in-law who were killed in this attack along with her? But, then, the terrorists are no respecters of gender, religion or any other code. The very purpose of these measures is to terrorise the public.

In this scenario, it is all the more important for the police to protect themselves. Unfortunately, despite threats to Shamshad’s life, the Khyber Pakhtunkhwa Police failed to do anything that might have protected her against the threat. In comparison, the Taliban intelligence and their ability to knock out a police officer’s house shows that they are one jump ahead of the security forces. The police force has lost many of its competent and fearless people to the Taliban in targeted attacks. This has lowered the morale of the rest of the serving officers. Can we expect another policewoman, or for that matter policeman, who receives Taliban threats to stand firm? The police, military and paramilitary forces need to be on high alert and their security procedures made as tight as possible. Without watching their backs, they cannot possibly defeat the merciless and beastly Taliban. * 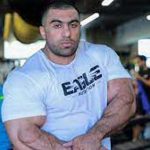