Two journalists have died in the last few days — one was young Wali Khan Babar who was targeted by unknown assailants, the other was octogenarian Mohammad Minhaj Barna, an erstwhile leader of the journalists’ trade union, Pakistan Federal Union of Journalists (PFUJ). Both were in the same profession but were over 50 years apart in age.

Though I had known Barna sahib since the early 1970s, I realised I was more angry and agitated at the death of Wali Khan Babar (no relation of mine). I had met him only thrice when he came over to interview me for Geo English, a TV channel venture that never took off beyond test transmissions. Perhaps my grief for Wali Khan Babar was more pronounced because he was killed at a young age by some terrorist or criminal. As for Barna sahib, because of his poor health condition and age, his death was not unexpected. Once a person crosses the average span of life in Pakistan, which is 65, I think he/she lives on a bonus. I have just three years to go to earn this bonus.

Barna sahib ruled the PFUJ, whether he was in office or not, till his health allowed him. The reason was his dedication to the cause of journalists’ and press workers’ rights, and his undeterred resolve to fight for press freedom. At times, some journalists had differences with him on strategic and tactical issues, but he still remained our leader and was respected by his friends and foes. I last saw him at a SAFMA meeting in Islamabad where, in spite of his failing health, he recited verses from the epic he had written on Pakistan’s progressive movement. I had suggested that he write the history of PFUJ, which is actually a history of the valiant struggle for press freedom in Pakistan. My friend Ahfazur Rehman, who is also a PFUJ stalwart, said provokingly to Barna sahib, “I know you will never do that.” Barna sahib smiled, without being provoked, and I defended him by saying that he would write the history. But, unfortunately, I was wrong. Now perhaps Ahfaz should take up this important task.

Coming back to the target killing of Wali Khan Babar, in the brief interaction I had with him, I found him quite an objective reporter whose views were not coloured by his ethnicity. He had an urge to learn and understand the politics of Pakistan beyond the superfluous knowledge of his average contemporaries on the TV channels. And to encourage him, I gave him the interview knowing fully well that it might never be aired.

His assailants will most likely never be arrested just like other motorbike death-squad members. Since I knew him, I am writing about him, but what about the other three dozen people who have fallen victim of targeted killings in this city just recently? Most of the victims were young and had some political leaning. This brings us back to the basic question — as was asked in early 2010 — that who are these killers? The ANP and MQM blame each other for the murder of their workers and office bearers. The PPP calls it a gang war for turf. Some of its workers have also been targeted.

Before the MQM pulled out of the alliance briefly, there were wide-scale arrests of the workers of all parties. The Sindh home minister’s tirade against the feuding political parties spurred the break-up of the coalition as the militants of each party have a substantial say in their hierarchy. The Karachiites were afraid that the break-up of the coalition in Sindh would unleash an orgy of violence but felt relieved when the coalition parties patched up. But still there is no respite. Now the Rangers have started sweeping some localities without taking the Sindh home department into confidence. Are they taking orders from the central government or from the security establishment directly? This is the question nobody is willing to answer in the provincial government.

Karachi is a multi-ethnic city and, once upon a time, the optimists among us thought that it was the melting pot of the country where people of diverse ethnicity assimilate into an urban ‘Karachi culture’. But that was a dream that got shattered in the mid-1980s when the city was torn apart by ethnic violence. On one side were the Pashtun transporters and on the other side was an emerging Mohajir identity, which was the bulk of the commuters. There were excesses from both sides. Ever since then, the city has not normalised.

One of the major reasons that this city keeps bursting into flames is that its population has been growing at a much higher rate than the national average, the main reason being that people from all over the country come here seeking employment. This internal migration is changing the ethnic profile of the city. The newcomers, who are mostly from Khyber Pakhtunkhwa, have started asserting for a larger share in the city’s politics. That is something, which makes the city’s largest ethnic community — the Mohajirs — nervous as they feel that eventually their control over the city will be diluted. The Sindhis, who were sidelined in this city long ago, are also returning to claim their say in Karachi.

The provincial government has failed to address this problem mainly because it is being pulled in two different directions by its coalition partners. This tug of war has resulted in the delay of the local government bill’s submission in the provincial assembly. While the MQM wants the continuation of Musharraf’s local government system, other ethnic groups are eager to change it to have a larger share in the local government pie in urban Sindh. A wise move would be to get over with the local government law and hold elections as soon as possible if the government wants to normalise situation in Karachi. Otherwise, this turf war will continue in this urban jungle, which was once a peaceful and civilised city.

The writer can be reached at ayazbabar@gmail.com 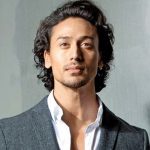 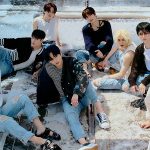