The extended tenure of the
director general (DG) Inter-Service Intelligence (ISI) was supposed to terminate on the March 18, 2011. Another extension to his tenure has now been confirmed by the Defence Minister Ahmad Mukhtar. Ostensibly, the extension is imperative to ensure continuity in leadership in the war on terror. The rationale seems unconvincing. The detailed reasons for the extension have not been divulged. If one is to speculate, it is either the stellar performance of the general as head of the ISI or it is the government’s desire to ensure stability motivated by self-preservation. In my opinion, it is the latter. The extension is meant to guarantee that all the major power brokers in the country will have a security of tenure till around 2013. And since the prime minister, the president, the chief justice of Pakistan, the chief of army staff and now the DG ISI will have a secure passage till the end of the assembly term, none of them will have an incentive to ‘derail’ the system.

Surely, the government will consider retracting the extension, given the enduring crusade of the Supreme Court (SC) against extensions and ad hoc appointments (barring its own). However, even if the government is to be as reckless as to stand by its decision, the SC will unquestionably take suo motu cognisance of the matter. If for some inexplicable reason the SC decides to display restraint due to commitment to the appointments of chairman National Accountability Bureau (NAB), etc, without doubt the dauntless frontline soldiers of the free media will not allow such whimsical decisions of the government to stand without debate and devote more time to an issue of national security and integrity than the participation of a Pakistani actress in an Indian television show. However, if the media suddenly found itself occupied with more pressing concerns such as the consequences of Kamran Akmal’s performance for the fate of our nation (incidentally Akmal has also joined the illustrious ranks of Justice Ramday, Generals Kayani and Pasha in being indispensable), I am fairly confident that the religious parties will not fail us. Given the willingness of the faithful to take matters to the streets, they will most certainly now demand an explanation and protest in thousands against the extension of the general during whose tenure drone attacks have seen an unprecedented upward surge and Raymond Davis went berserk. In the event the religious parties have more significant spiritual matters (like Raymond Davis) to attend to rather than fret over the mundane temporal; the fearless civil society as always will certainly step up to the occasion. If, miraculously, all else fails the valiant opposition leader will take the government to task as is customary. Yet, none of the above has happened despite the confirmation of the extension, and seems unlikely to happen in the future.

The lack of public debate (with a few laudable exceptions) regarding the extension is almost as significant as the extension itself. The merits and demerits of the extension are not as considerable as the reasons for not talking about it. The individual general in question is not as relevant as our fear of having a candid discussion of the pros and cons of the extension both before and after the grant of extension. Similarly, earlier the extension granted to the chief of army staff proved to be a galvanising issue, melting away all ideological and political divides, with hardly any meaningful opposition in the mainstream public discourse.

The absence of dissent highlights the limitation of our freedom to criticise and debate. Critical debate regarding the army is vehemently conducted either in the abstract or when the general in question has retired, resigned or is dead. Politicians and other civil servants enjoy no such immunity. I have yet to watch an exposé by our gallant media, which specifically implicates a serving army general, whereas it is a standard practice for civil servants. The intuitive explanation for this evasiveness is either that our army is composed of officers (especially generals) of such unimpeachable integrity that the mainstream media is unable to find any incriminating material while they are in service or that the media does not want to. The tacit impression conveyed is that it is ‘unpatriotic’ to criticise decisions of serving officers of the armed forces in general and of the intelligence in particular. This country is suffering enough because of the ‘sacred’, it is time we shortened that list. The opposition and the media compensated for their reticence on the chief of army staff’s extension by demanding the execution of a retired and exiled general. In a slightly distant history, the SC heroically declared an ailing and house arrested Yahya Khan as a ‘usurper’ after previously opening the door for 11 years of military rule. A civilian intelligence chief may be a terrible idea, but why are we not having that debate.

The government’s instinct of self-preservation is understandable, yet remains uncomfortably indefensible. Louis XI was the great Spider King of France in the 15th century. The monarch had a weakness for astrology. He often made decisions according to the predictions of his court astrologer, until one day the astrologer predicted that a lady of the court would die within eight days. When the prophecy came true, Louis was terrified, since either the man had murdered the woman to prove his skill or that he was so versed in his craft that his powers threatened the reign of the monarch. In either case, he had to be killed. Louis summoned the astrologer to the top of the highest tower in the castle. The servants had been given instructions that when he gave the signal they were to pick up the astrologer and hurl him out of the window to the ground, hundreds of feet below. When the astrologer arrived, Louis decided to ask him one last question before putting him to death. The astrologer was unaware of the decision of his execution. “You claim to know everything about the position of stars and their impact on human destiny. Now tell me, what is your destiny? Do you know when you will die?” the king asked the astrologer. “Of course I know,” replied the astute astrologer. “I will die exactly three days before his majesty!” Louis not only protected the man as long as he lived, but lavished him with gifts and had him tended by the court’s finest doctors. The astrologer survived Louis IX by many years.

In the present grant of extension, due to the fluidity of our power structure, there is some difficulty in ascertaining and ascribing the roles of the king and the astrologer. However, military power above reproach remains a constant. One would have expected the politicians, both the government and the opposition, to have learnt from the consequences of Faustian bargains made in the past and the media to stop being selectively courageous.

The writer is a lawyer based in Lahore and can be reached at saroop_ijaz@hotmail.com 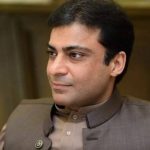