US focus is understandably on Japan and Libya. Yet, larger stakes are at play in Pakistan. The release of the CIA’s Raymond Davis from a Pakistani jail last week is, to paraphrase Winston Churchill, neither the end nor the beginning of the end but rather “the end of the beginning” regarding the sorry state of US-Pakistani relations.

Rebuilding these relations has a long way to go. The drone strikes of a week ago, publicly chastised by Pakistani Army chief General Kayani for killing over three dozen civilians, caused Pakistan to withdraw from the trilateral meeting in Brussels with the US and Afghanistan, exacerbating an already sour situation. One bright spot has emerged. The credibility of President Asif Ali Zardari has risen in the White House having made good on the promise to return Mr Davis to US custody.

The delayed state visit to the US by President Zardari is back on track. That visit offers an opportunity to move from Churchill’s end of the beginning closer to achieving better relations. How might this accomplished?

Perhaps unsurprisingly, what is lacking in this rebuilding effort are viable, joint and mutually agreed plans that explicitly confront the existential dangers Pakistan faces. So far, rhetoric has outstripped reality in bringing American aid to bear. Further, the US, especially Congress, worries that US aid will be wasted, stolen or simply not be assimilated by Pakistan. Pakistanis resent what is seen as too many strings attached by Washington. And both sides have different opinions of how and where to apply this aid.

Clearly, any such plans must be written in language understood by politicians and publics alike on both sides. Established under the strategic dialogue between the two states, numerous sub-committees have spent days discussing these and other issues with little effect. Now is the time for actionable plans that target the major dangers threatening Pakistan with real solutions.

First and foremost, the extremist threat of domestic and foreign Taliban, insurgents and terrorists must be addressed. Second is the Pakistani economy that still has not recovered from last year’s record floods. Third is the combination of fundamentalism and 80-90 million Pakistani youth 18 and under with few job or long-term prospects as the economy suffers and extremism and radicalism continues to infect the nation.

Roadblocks lie ahead. The Kerry-Lugar Bill promised $ 1.5 billion a year for five years. Only a fraction of the first year’s funding has been received by Pakistan. In the arcane language of the US Congress, future spending has been authorised not appropriated, meaning promised. That means that annual approval is required for each increment of $ 1.5 billion. In today’s fiscal austerity, while many in Congress will vote for approval, it is not guaranteed. And, of course, the war in Afghanistan has divided the US and Pakistan more than it has united us.

What is most needed by Pakistan to counter these overarching dangers?

In terms of security, military equipment is urgently needed and long overdue from helicopters to gear for individual soldiers. As important, Pakistan needs more police. The problem has not been recruiting. Lack of money to pay for more police is the cause of insufficient numbers. Applying Kerry-Lugar monies may be a way to field the requisite number of police needed to keep the peace.

Economically, Pakistan needs help most immediately in the agricultural and electrical power sectors. Stores of wheat and thousands of water buffalo were lost. The latter provided not only milk but was the largest slice of the agricultural GDP.

One area in which the US excels is farming and agriculture. Plans and priorities for American assistance focusing on replacing wheat crops and growing buffalo numbers must be created as quickly as possible. This must be done on an urgent basis to get the agricultural sector growing.

Regarding the power sector, as is well known, the issue is not electrical generation capacity. It is the costs of electricity and the so-called circular debt that causes manufacturers to cut back as payment is not remitted either on time or in sufficient amounts. With summer approaching, there needs to be an all hands on deck approach to resolving these dilemmas.

Last, given the potentially explosive mix of unemployed young and spreading radicalism, an antidote to fundamentalism in the form of powerful strategic communications and educational vocational plans are needed. Unless this starts now, even at a relatively modest level, it will be too late.

The US failed to plan accordingly for post-war Afghanistan and Iraq. That blunder is being duplicated in and by Pakistan. A first step would be to appoint a Pakistani aid coordinator, working directly for the prime minister.

Without a joint strategy and achievable plans to use resources wisely, failure is too likely an outcome. Neither the US nor Pakistan can afford that to happen.

The writer is Chairman of the Killowen Group that advises leaders of government and business, and Senior Advisor at Washington DC’s Atlantic Council 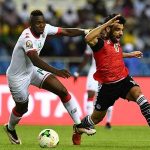 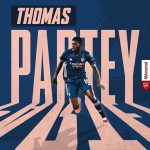