One swallow does not a summer make

Friday, May 13’s National Assembly briefing session has been termed as “historic”, but that it never was. There were no dunce caps on heads, no one stood in the corner and no one had to write 1,000 times: ‘I will never indulge in politics’. It was all hunky-dory, a desk-thumping party where there was a lot of self-congratulation and all around remorseless denial of responsibility in a disastrous affair.

Because of this session, the military came out much stronger than it had been before because it was exonerated of both complicity and incompetence. It is not every day that all acts of omission and commission are overlooked with a single offer of resignation. To illustrate it with Moody’s ratings, their standing suddenly rose from Baa3 to Aaa.

If desk-thumping is the criterion for patriotism and sagacity, then the people have all the reasons to rejoice as their destiny is in secure hands. The parliamentarians were to be the ‘masters of ceremonies’ but sadly they were not even backseat passengers — they were merely clinging on to the bumper of the bus driven by the DG ISI. The unwritten laws here, like the British common law, are very clear about precedence; the generals have the last say in all matters, though for public display this is at times not rubbed in.

It was decided there that an independent commission would investigate the Osama affair. Ironically, the word commission here is more closely associated with the kickback industry than with any meaningful investigation. The only commissions that have produced results here, for at least those involved, are those that have gone into the pockets of politicians, generals and bureaucrats with mansions, businesses here and chateaus abroad. No commission here has ever produced anything worthwhile and this will not be an exception. Moreover, its ambit is limited to the May 2 incident of which already nearly everything is known.

It is indeed outrageously shocking and saddening that all the senators and members of the National Assembly from Balochistan were so submissively and obsequiously tongue-tied, either overawed by the occasion or extremely indebted to the establishment, that hardly a peep of protest about the human rights abuses in Balochistan or about the Quetta Shura was heard. Some, it is said, did make feeble protests but were brusquely brushed aside by the DG ISI, Shuja Pasha, making it abundantly clear who runs the show in Balochistan.

Patriotism is the choicest weapon of scoundrels because it furthers their interests and also coerces people into a forced silence. It stifles the culture of questioning all actions of the government and establishment and, unless there is freedom to know and freedom to question and challenge what transpires in the state, there can be no democracy and no rights.

Acute selective amnesia afflicts the politicians here. Though it was disclosed during the briefing that the Shamsi Airbase in Balochistan is under the UAE’s control and that they have given it to the US, no one considered it an affront because they are indebted for favours received. The UAE rulers had built it to facilitate their yearly decimation of the endangered Houbara Bustard in Balochistan.

I would not be surprised if, one day, the parliamentarians are evicted from the assembly building because it too was built with the largesse of some country. Sovereignty and national dignity are just words that help the rulers extract and enjoy more privileges. Here, patriotism and dignity are very elastic concepts that can be stretched, moulded and rearranged according to immediate needs.

This certainly was not the swallow that could herald the summer of democracy and rights. It was the old vulture of a decrepit establishment more concerned with its perks and privileges than with issues that concern the people and the problems that are eating away the very fabric of social, moral, economic and political basis of society. Vultures, science proves, lack a sense of satiation and so gorge themselves so much that they are unable to take flight even in case of extreme danger.

The politicians here are enamoured to and enthralled by events as they lack the vision to understand that processes and not events bring about the required social, political and economic changes. For them, a single sitting with the armed forces is enough of an occasion to trumpet and gloat about. Civilian supremacy is not established in a single sitting; for civilian supremacy to become a reality, the powers of the armed forces to do as they please will have to be curbed permanently. Without curtailing their political policy dictation and economic clout there can be no real reduction in their influence.

To display their contrived anger at the US, PM Gilani went to China and, among others, a deal to build 50 more JF-17s was inked. The people would have appreciated a power plant much more as the temperatures soar to 50 degrees Celsius. Interestingly, IESCO has threatened to disconnect the PM Secretariat’s electricity for non-payment of bills; the money used for the trip could have paid these bills.

Pakistan hopes that China will bail it out; this reminds me of a parable by Saadi. A shepherd saved a lamb cornered by a wolf and was considered a saviour but it was not long before he came to slaughter it. Only then the lamb realised why it had been saved. Pakistan should know that the lambs of this world are dealt with mercilessly because the powerful have no friends or enemies — they only have interests. Sovereignty and the national honour of lambs are but empty platitudes for them.

The summer of democracy and rights can only come when accountability becomes the norm. The FC can get away with everything from murdering the Baloch to the recent killings of five, reportedly, unarmed Chechens including a pregnant woman. The military too has been accused of killing militants in Swat and other troubled areas. Once this accountability is established, it can be followed with financial accountability, but human rights have to have top priority so that people do not live in fear and awe of state institutions.

To bring about the sought summer of democracy, human rights abuses will have to be addressed urgently, relentlessly and forcefully. Without human rights being fully respected, there can be absolutely no empowerment of the people and, unless the people are empowered, the ‘establishment’ cannot be disempowered and this situation will persist indefinitely.

The writer has an association with the Baloch rights movement going back to the early 1970s. He can be contacted at mmatalpur@gmail.com 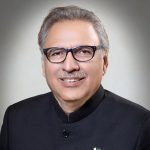 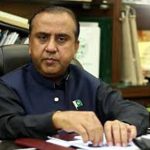