The battle for Pakistan

The worst terrorist attack of the year was carried out in the heart of Karachi, the largest metropolis of Pakistan. The place was PNS Mehran, our naval airbase. Fire blazed from the area while explosions and gunfire were heard. It all began around 10:30 pm on May 22. It ended after more than 15 hours on May 23. The brutal terrorist attack on the naval airbase turned out to be the worst nightmare for our security forces after the October 2009 attack on the GHQ. We lost 10 brave men at the hands of the terrorists while 15 others were injured. “It was the revenge of martyrdom of Osama bin Laden. It was the proof that we are still united and powerful,” claimed a spokesman of the Pakistani Taliban. The mind boggles at the state of security of an area that should have been a fortified place but instead turned out to be an easy target for the terrorists. Initial reports suggested that around 10-15 terrorists had penetrated PNS Mehran but after the operation, Interior Minister Rehman Malik said that six terrorists conducted the raid. Four of the terrorists were killed while two managed to escape. Logically, it is highly unlikely that six men were able to engage our trained commandos and rangers for more than 15 hours. They also managed to set ablaze two PC-3 Orion aircraft, each one of which is believed to have cost more than $ 36 million. The US handed over two PC-3 Orions to Pakistan last June. After the operation, Mr Malik confirmed the presence of 11 Chinese men and six Americans, denied by officials during the operation, at the naval airbase.

The Navy has come under attack thrice before the PNS Mehran attack took place. On April 26, two Navy buses were bombed and on April 28, another Navy bus met the same fate. Under these circumstances and especially after the killing of Osama bin Laden, it is surprising that proper measures were not taken by our security forces in guarding the naval base. We should have been more alert but we saw a huge security lapse, something that the naval officials have failed to admit. Unlike in the past when the details of attacks have been hidden from public view, this time the authorities must come clean. A lot of pieces in the puzzle do not fit despite the press briefings of Rehman Malik and Chief of Naval Staff Admiral Noman Bashir. There is more to it than meets the eye. Consider.

The terrorists conducted an attack with such precision that it must have taken months of planning and drills. They knew the exact location of our aircraft and other details of the naval base. Such information can only come from insiders. This means that just like the siege of GHQ, some members of the armed forces may have been involved in providing sensitive information to the terrorists our state is fighting for its survival. If true, it points to possible internal fissures in the armed forces. The military top brass must conduct investigations into the whole sordid affair and find out how a handful of terrorists managed to not just breach security so easily but had weapons that, in the words of Mr Malik, “the kind no common man can afford to buy”.

Many questions remain unanswered but one thing is for sure. Our military might have the best and most sophisticated weapons to counter its ‘enemies’, but the terrorists have the will and patience to fight them out. The only way to deal with them is to eliminate them once and for all. But for that we must give up our double game. It is time to save Pakistan.* 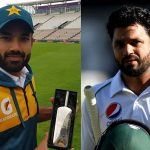 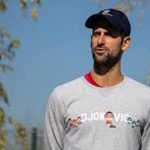 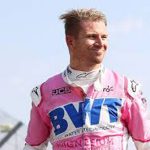 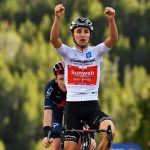 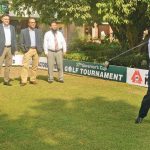