During a tenure of duty from 1993 to 1995 in D I Khan, I used to frequently travel by road to Bahawalpur via Muzaffargarh for official business. On one winter day, we turned off the main road onto a dirt track leading into a roadside belt of forest, and stopped there a little distance away. My driver took out a thermos flask and poured a cup of tea for each of us. Just as we settled down to sip, I sensed a presence close by. As I turned around, I saw a man and a woman sitting in a dip full of dry twigs, dead leaves and decaying foliage below the main road where the dirt track had branched off into the neck of the woods. They were in filthy, tattered rags with parched lips and blank, lifeless eyes. The man was unshaven, dark and messy. The woman was emaciated and woefully skinny, her hair dangling in matted strings. They must not have washed in years, perhaps. One thought it was a beggar couple; but what were they doing in these woods in the middle of the desert? “It cannot be,” I muttered, half comprehendingly.

They looked at us but did not register; apparently to them it did not matter who we were. They would look at every passing bus, truck, van or car and keep looking till it disappeared around the next bend in the road. They appeared to be in absolutely no hurry and had nothing except themselves. Suddenly, I realised who they were. I recollected seeing the likes of them working for brick kilns, dams and link canals: silent, dim and resolutely toiling men and women in relentless, common suffering. They were like the ones crushing gravel for under-construction highways under a hot, dusty summer sun with primitive hammers, their left hands wrapped in rags to prevent burns and absorb missed hammer blows.

I knew instantly that this wretched couple had come from a place where they had nothing left to lose and that no one would ever miss them there. And where they wanted to go, if they did not reach, no one would miss them there too. Time for these sub-humans seemed to have no meaning. Uncouth and unprivileged people like these are slowly but inevitably gathering around the peripheries of major cities like waiting locusts, in search of food, shelter and work. The hum in that dispossessed crowd is ominous and inexorable — only we do not hear it, at our own cost.

I remember seeing a similar, typical peasant family in a posh market in Islamabad. The man was middle-aged and haggard, wearing unclean, once white, clothes and a shabby turban. His wife was quietly following behind with a string of skinny children. They did not even know how to beg. They were awkward and hesitant, but definitely needy. They could not even fluently pray for you if you helped. That luckless peasant family is part of the same rootless throng that is slowly forming a ring of poverty around affluent cities, eyeing obscenely lavish dinners with pangs of deep hunger rising from their knotted stomachs. An unlikely catalyst, a small, seemingly insignificant incident may give them a sense of worth, unite and bring them swooping down upon those besieged within. Our blissful self-indulgence notwithstanding, it would be prudent to listen to the ominous rumbling under our feet before it erupts. To pause, reflect and remedy is better than becoming part of a sorry history.

Back on Muzaffargarh Road. There used to be only two police check posts between Bhakkar and Muzaffargarh two years ago. By 1995, the number increased to eight. The local police had improvised, portable road barriers built with great ingenuity from tree trunks and disused tyres to school benches and village cots. An army jeep, with its flag and red star plate, ensured a speedy passage through these check posts with admirable facility, whistles blowing all over, while a long queue of vans, trucks and buses full of loads and passengers waited clearance on either side of the picket. I could see those beseeching looks in the eyes of frustrated, helpless passengers, and occasionally hear the grumbling of long distance truck drivers, waiting for their turn for ‘settlement’ with the policemen. Much against my inclination, I would restrain myself, placing a tighter lid on a surge of misplaced valour rising from the pit of my stomach. I would console myself by saying that I had no hand in specially arranged postings of those imperious police inspectors, their superiors and the superiors of their superiors. They may have been there under special arrangements with the local influentials. However, politically motivated service favours invariably demand a price from a public servant at the cost of duty and justice, otherwise due to the people.

I am reminded of my gardener in Lahore who startled me one day by offering to transfer six kanals of his roadside land near Burki in my name. He requested me to take immediate possession, had brought the papers with him and had tied up with the revenue staff and the concerned court. This was an astonishing performance, an act of uncommon generosity coming from a poor man. A deeper probe revealed the extent of his dilemma. Gangsters of the local powerful had put him on a short fuse for a forced sale or else he had to face dire consequences. He was a poor man, had small children and was resource-less at that, and therefore in danger of losing his meagre property entirely. The under-privileged and the weak have an endless capacity to endure injustice and adversity but can be extremely ferocious in retaliation once pressed absolutely against the wall. They have nothing to live for nor will they die with a heart full of sorrow. Such men can wreak unimaginable destruction once provoked.

The writer is a retired brigadier of the Pakistan Army. He can be reached at clay.potter@hotmail.com 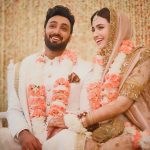 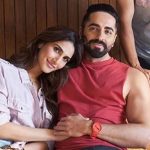 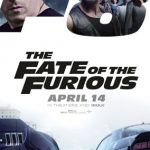 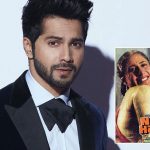 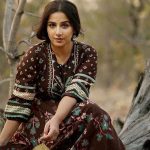