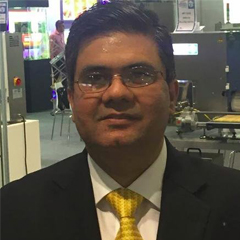 Corruption and its discontents

In 1882, German philosopher Friedrich Nietzsche wrote, in his book The Gay Science, that corruption is simply the sign of the autumn of a nation. Corruption, the abuse of entrusted power for private gain, is the primary obstacle to economic and social development.

Politically, corruption debases democracy by spreading disenchantment, especially in fledgling and fragile democracies. It furnishes a reason to abandon democracy in favour of other forms of government which, it is hoped, will be free of this evil. In stable democracies, electorate may vote out a corrupt party, but democracy itself may be at risk in nascent and unstable democracies mired in a morass of corruption.

Once its well-entrenched in an economic system, corruption impedes investment and sustained growth in a number of ways — foreign investors shy away due to uncertainty; cost of investment increases making it unattractive; significant resources earmarked for new projects end up in pockets of government officials; higher input costs for goods and services result in erosion of competitiveness in international markets and, hence, hinder exports.

Leakages in development expenditures due to corruption result in poorer quality and fewer goods and services in public sector — again impacting low-income groups disproportionately. Mega-corruption thrives when institutions are weak and enforcement of government’s writ is poor. Corrupt officials are often not punished because their bosses are also partners in crime and because public pressure is weak. Political competition, a vocal press, an independent and impartial judiciary, and an active civil society can expose and check corruption in the corridors of power.

In some ways, bribes are quite similar to taxes as both are a mark-up on prices, but taxes are deposited in the treasury whereas bribes are pocketed by officials. However, bribery is illegal and, unlike taxes, there is a need to maintain secrecy about it. Bribes are more distortionary to the economy than taxation because officials would divert resources to those projects or goods and services in which it is easier to collect bribes without detection, irrespective of whether they represent the best choice for the economy. As a result, in many countries public policy is determined by opportunities for undertaking corruption and potential to collect bribes undetected, rather than any other economic criteria or immediate need.

For example, it has been seen that a number of poor countries spend most of their limited resources on infrastructure and national defence projects because opportunities for corruption are abundant in these undertakings — rather than in healthcare or education sectors. Factoring in the returns on these forgone health and education projects, the social cost of corruption becomes enormous.

Similarly, the distortionary impact of corruption due to demands of secrecy also diverts a country’s resources away from the highest value projects in health and education, and towards potentially useless or less useful projects in infrastructure development or defence — because the latter offer better opportunities for corruption in secrecy.

In 2012, the National Accountability Bureau (NAB) chairman put the financial cost of corruption in Pakistan at Rs7 billion daily — around 10percent of the GDP at that time. According to State Bank of Pakistan, capital flight in the last three years amounted to nearly US $8 billion, mostly consisting of siphoned off and ill-gotten wealth. Even if half of these figures can be saved through strong institutional mechanisms and enforcement of state’s writ, there can be a massive improvement in the quality of existing public services.

Religious extremism and sectarianism is our most pressing problem. It has many causes but its link to corruption cannot be ignored or downplayed. In 2016, the US State Department’s annual human rights report had warned that corruption fuels extremism, increases economic instability and has a corrosive effect on society.

Given pervasive corruption among low-level judiciary and police officials, sectarian terrorists and extremists are either not convicted or let off without being charged merely on payment of bribe. When Taliban were knocking at its gate in 2011, the then Khyber Pukhtunkhwa government found several of its officials involved in purchasing defective weapons for the province’s police force against kickbacks.

Recently, Transparency International, in its analysis of the Islamic State in Africa and the Middle East, has stated that corruption is the root cause of violent extremism. It has highlighted that corruption in governance allows militants to take advantage of public anger to fuel recruiting, facilitate arms flows, and undermine public institutions such as the military — leaving them incapable of controlling extremist threats.

Defying economic theory and history, China — a single party state with weak institutions — has leapfrogged in just three decades from a low-income country to the second largest and the fastest growing economy in the world. While corruption has sometimes been cited, paradoxically, as adriveror lubricant for China’s unprecedented rates of growth, it has now been realised that corruption is in fact a hindrance to stable economic growth and can lead to serious crisis. Since 2013, President Xi Jinping has launched a massive anti-corruption campaign, adopting the Confucian dictum as its battle cry: “Govern with virtue and keep order through punishments”.

The author is an independent researcher based in Islamabad. He tweets @AmmarAliQureshi and can be reached at ammar_ali@yahoo.com