Edhi  how one man moved mountains

Abdul Sattar Edhi was an exemplification of the change one man or woman can bring in society. His vision was clear: to help people who were suffering. But accomplishing this was anything but simple.

Edhi was never a rich man. His childhood was spent looking after an ailing mother, who taught him compassion and empathy.  Armed with primary education and commitment to his vision, he mobilised the nation like no other figure in Pakistan.

When he was 20 years old, Edhi joined a charity organisation as a volunteer, but soon became disillusioned to discover that the organisation’s efforts were focused on a specific sect of people. He decided to quit, telling his employers that “humanitarian work loses its significance when you discriminate between the needy”. 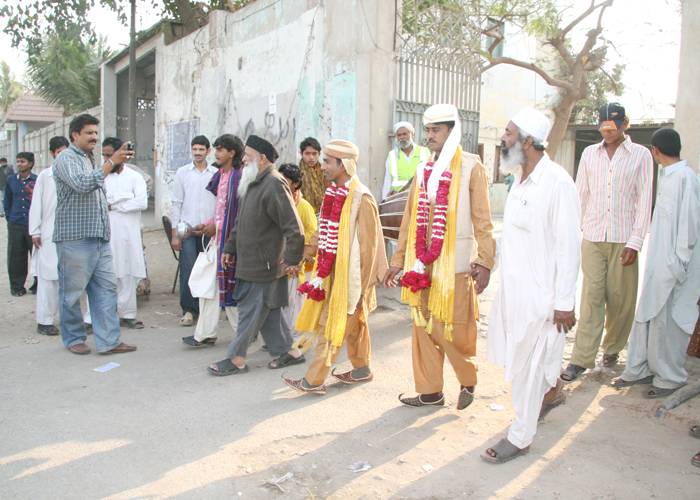 Edhi truly represented Jinnah’s Pakistan; the dream the father of this nation saw when he fought for an independent Muslim country. All the principles Jinnah held dear – helping one another, charity, generosity, kindness, honesty, fairness and no discrimination – were illustrated by Edhi.

His sheer resolve and tenacity enabled him to expand the network of his reach from a small free dispensary to 300 welfare centres across the country; and from his first ambulance, a broken down, refurbished pickup truck, to the world’s largest voluntary ambulance network of over 1800 vehicles, 3 air ambulances, and 28 rescue boats.

Other than these rescue services, about 8500 people live in 18 Edhi homes set up all over Pakistan. Among them are abandoned and orphaned boys and girls, mentally challenged and physical disabled, as well as shelter-less and helpless men and women.

When Edhi discovered that many babies were being abandoned or killed at birth, often because they were born outside wedlock, he placed a little cradle outside every Edhi centre, with a signboard imploring: “Do not commit another sin: leave your baby in our care.” His Foundation has saved 35,000 children so far and found families to adopt them for approximately half of these. 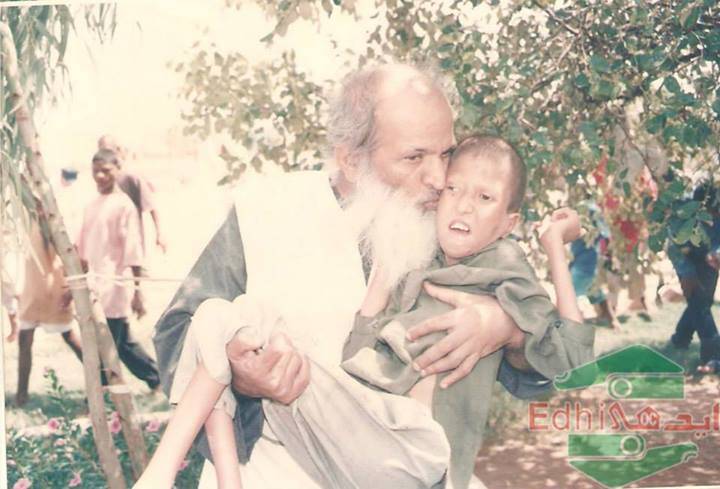 Edhi was undaunted and apolitical. He didn’t have time for social trappings. While speaking in the National Assembly during the 1980s, he condemned political corruption and indifference of the elite towards the distressed masses as, “the people have been neglected long enough”.

From the outset, Edhi was personally involved in every activity at the foundation. He was known to drive around the city, and it’s outskirts with an ambulance and would personally escort the sick and wounded to the relief centre. He would collect dead bodies and take them to the police station, wait for death certificates, and bury unclaimed bodies.

Edhi’s autobiography ‘Mirror to the Blind’, published in 1996, records that he picked up corpses “from rivers, inside of wells, roadsides, accident sites and hospitals… When families forsook them, and authorities threw them away, I picked them up… Then I bathed and cared for each and every victim of circumstance.” He and his Foundation buried over 200,000 unclaimed dead bodies.

His values and genuine concerns for the needy shined through, and people from all walks of the world revered him. He was known to drive into scenes of gun battles between gangsters and police, and demand that a truce is declared to let him and his group of workers through. “They would cease fire,” noted Mr Edhi in his autobiography, “until bodies were carried to the ambulance, the engine would start, and shooting would resume.”

Edhi’s resolve and will were colossal, but he shied away from the public eye. When filmmakers Omar Mullick and Bassam Tariq wanted to make a film about him, he refused, asserting “You will find me among the people. My story is there.”

The question we must now ask ourselves as Pakistanis is: Will we find the Edhi inside of us? If we do, will we do what it takes to carry on Edhi’s legacy? To continue Edhi’s dream of helping the less fortunate, remember to donate generously to the Edhi Foundation this Ramazan.

The writer has a Masters degree from IBA, with eight years of experience in corporate sector. TW @asiaticpr