How unfortunate is Pakistan that is being stained with the blood of its own people. Since childhood we have been reading in our books that Pakistan came into being on August 14, 1947 in the name of Islam, a religion that preaches nothing but peace for humanity and where murder of one human is equal to slaying the whole humanity.

The Muslims of the subcontinent wanted to have a country where they could live in peace along with their brethren. No doubt, this division of the subcontinent was based on the major difference between the religious thoughts of its people because of which there was massive cross-migration of Muslims, Hindus and Sikhs between India and Pakistan following creation of these countries.

Many reject this ideology behind the making of Pakistan. They are free to voice their opinions and are maybe right in their belief because many of them do not want to spread more hatred based on religious bias. Surely continuous repetitions of hate-based theories have caused great harm to the people of both religions living in the neighbouring countries. Pakistan needs to establish peace with India and Hindus living here must enjoy full security and rights, as provided under the constitution. A country cannot be progressive and civilised if its minorities are unable to enjoy an esteemed and equal position.

Unfortunately, Pakistan is among those countries where minorities are petrified not at the hands of the majority of its inhabitants but by a small mob of religious fanatics who have held the entire Pakistani society hostage.

Agreed, Pakistan came into being in the name of Islam but then why is it that today, people in general, and those of specific political parties in particular, are being killed in the name of Islam? Why is the soil considered to be pure and sacred being stained with the blood of its own people? Why there is no mercy for men, women and children whose blood is being spilled mercilessly? How can one call himself humane if he permits the killing of innocent people in the name of religion whereas every religion of the world vehemently condemns it?

And, those who are being killed are none other but Muslims. The ANP, PPP and MQM are considered to be secular democratic parties of Pakistan, which collectively believe that secularism does not mean atheism. Secularism is always misunderstood in Pakistan in the same way that Islam is misinterpreted. Workers of these political parties are devout Muslims who are definitely better than those so-called Muslims for whom Islam means nothing more than shedding the blood of innocent people. If for a moment it is assumed that these parties do have atheist inklings, even then is there any justification for attacking or slaughtering them?

Since the first day of the election campaign, the PPP, ANP and MQM are being targeted. For these political parties, arranging huge public rallies have become impossible in such a volatile situation. Not only this, even their corner and small meetings are no longer safe whereas the demand of free and fair election is that every party should have equal opportunity to mobilise and motivate the public.

On the other hand, parties other than the MQM, ANP and PPP are enjoying full refuge and are silent spectators of this unfortunate situation. The killing of innocent men, women and children has failed to wake up their dead conscience. Many of them are even hesitant in condemning these heinous attacks on the political workers of the PPP, ANP and MQM. None of them has so far expressed any heartfelt concern over the victims of the ongoing terrorism and extremism.

Moreover, the family of Benazir Bhutto, who have been themselves targets of terrorism and extremism, have bravely condemned each incident as it occurred. Decrying bomb blast in the ANP corner meeting in Peshawar, Bakhtawar Bhutto-Zardari, in her twitter message, courageously said, “Attack on one is an attack on all Pakistan”. She said “Terrorism must be condemned by everyone, sick to see people value party affiliation above human life.”

If for many, the killing of our people is not a national issue then this is a reflection of how unfortunate we are. If today silence is the name of the game on the killing of the workers of these three parties, then surely tomorrow would be their turn because terrorists when attacking a school, market or mosque are interested in killing only Pakistanis.

Sadly, many who are sympathisers of terrorists are even openly saying that these parties (PPP, MQM and ANP) are reaping what they had sowed in the last five years by challenging extremists and terrorists. Yes, surely the PPP, ANP and MQM fought a fierce war against terrorism and extremism but for whom was this war fought if it was not for Pakistan and those Pakistanis who were being killed in Parachinar, Swat and elsewhere?

The last five years have witnessed our schools, colleges, universities, mosques and common public places like markets being attacked and dozens of innocent people killed in cold blood. Were the Hazaras, whose men, women and children killed in hundreds not Pakistanis? Did not the slain officials of our GHQ, PNS Mehran, Kamra Airbase, Pakistan Ordinance Factories Wah Cantt, police stations and army check posts belong to Pakistan?

Despite these glaring examples, would they dare say that the war launched against these miscreants is not our war? Should these three parties allowed terrorists to kill more of us? Rather, one must appreciate them for sacrificing members of their leadership and workers, refusing to surrender before terrorists. Even today, when any misfortune befalls on their rallies, they show more resolve for fighting the war against terrorism.

Elections 2013 has been converted into a tussle between those who support terrorists: the enemies of Pakistan and those who oppose them. This is the principal reason why pro-terrorist parties are enjoying peaceful campaigns and confidently hurling allegations against the leadership of the PPP, ANP and MQM while anti-terrorists are forced to daily gather strewn pieces of their people’s desecrated bodies.

After every attack the TTP accepts responsibility and threatens more and more blasts because they think that if these parties come again into power, elimination may be the fate of terrorism and extremism. Terrorists are giving a very clear message to the people of Pakistan to either vote for those who want to see a stable country or vote for those who want us to perish.

Surely, the people of Pakistan want a peaceful Pakistan where there is the rule of law and democracy. Where there is no terrorism, extremism and no killing of their women and children. Certainly the women do not want to become widows and the children do not want to be orphaned. Every true Pakistani does not want the GHQ, air and naval bases, mosques, Imam bargahs and schools to be attacked. Certainly, everyone wants peace to be restored to their cities so that they can once again enjoy the hustle bustle of late night outings. Definitely, they want no Mehzar Zehra to be attacked while going to school and no Malala Yousafzai to be wounded critically on her way to school.

The lost serenity of our cities can be restored if the people of Pakistan in the upcoming 2013 elections denounce political parties harbouring soft corners in their hearts for terrorists. If not now than never. Peace would only be remembered in folk stories in the chilling nights of winter while huddled around heaters, narrated by the grandmother on the request of our grandchildren to tell them a tale of love and peace.

The writer is a citizen of the tribal areas Parachinar and an expert on FATA. He can be reached on analystoori@gmail.com and on twitter @RiazToor 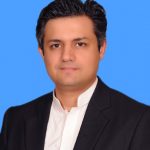