Protection of democracy or violation of liberties?

The liberties of our country, the freedom of our civil Constitution are worth defending at all hazards, and it is our duty to defend them against all attacks” — Samuel Adams, American statesman and one of the Founding Fathers of the United States.

The above quote is a perfect example of how the wonderfully idealistic notions of what the Founding Fathers had imagined and strove for have altered. Their endeavours to achieve freedom from the British before the US Independence of 1776 have drastically altered in modern times.

The leaking of top secret US surveillance programmes by the National Security Agency (NSA) and ex-CIA employee Edward Snowden has brought into the light the surprisingly shocking levels the ideas of civil liberties and freedoms have been pushed towards the edge. Members of the US Congress are calling for the prosecution of Snowden, an obvious course of action that was expected, but whether one regards him as a hero or a traitor, there are two very significant matters that stand out.

First, the exposure of the literal Orwellian “Big Brother is watching you” world in which we are living today, one in which according to Snowden, every facet of communication, whether it be computer or phone based, can be tracked by the government quite effortlessly. Second, no matter from which angle the situation is viewed, the damage so to speak has been done. The NSA’s practices of mass snooping on the general public based on the pretence that this is what is necessary in order to avoid terrorist threats have been exposed.

One of the issues that is most shockingly surprising is the fact that people’s personal data can be so easily tracked by these government organisations. Even though Snowden had previously worked for the CIA, he was not a high-ranking officer within Booz Allen Hamilton, the security contractor for which he worked at the time of the leaks. In interviews, Snowden has stated that he himself was surprised at how anyone in the US security field, much less a simple defence contractor, can access such a broad array of phone logs, email records and other communications of US citizens. Regardless of whether Snowden is seen as a hero or a traitor, what is alarming to a chilling extent is that a private employee who was not even at an extremely high ranking position within his company could have access to such an extent to personal data and use it for whatever purpose he decided to see fit.

This fact alone reveals that the government’s vast storage of data, which it deems or states is ‘secret’, is not really secret at all. It is accessible to thousands of people who have security clearances even if they have not been adequately vetted. The motive? To stop terrorism, of course! Even this week, with the utmost disregard to any violation of privacy issues, intelligence officials have stated that this surveillance has resulted in the prevention of as many 50 terrorist attacks.

The belief in the truth or falsehood of such statements made by government intelligence agencies is entirely up to the public to judge. There is no doubt that communication metadata could be a very vital tool in the prevention of possible terrorist attacks. However, a significant issue to consider here is: is this the only motive for the government surveillance programmes? Furthermore, use of the data collected by such tracking programmes should remain far from the negligence that has been apparent so far. The use of this data should be highly focused, with safeguards in order to prevent misuse.

Snowden has exposed gaping holes in the system, enabled by Congress and the White House, which are clearly in contradiction with the principles of civil liberties that the Founding Fathers such as Samuel Adams had dreamed of and strove for. In defending our civil liberties against all attacks, are we not attacking those whose civil liberties are to be protected and respected? Where is the line drawn, if at all it still exists?

The writer is an English and French professor and columnist residing in the USA and France. She can be reached at scballand@gmail.com 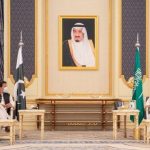