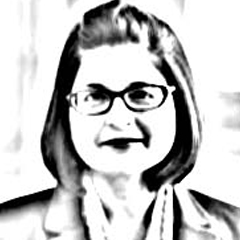 The surrender to religious cleansing

The Taliban attack on the Peshawar church that killed scores of people was an opportunity for Pakistan’s leaders to rally the nation against Islamist extremism but they squandered it.

Pakistan’s leaders have squandered another opportunity to rally the nation against religious extremism. The terrorist attack on one of the oldest churches in the country, Peshawar’s All Saints Church, stunned all. For a couple of days, people wondered aloud about the depths to which Pakistan had sunk. But soon after the initial reaction, the media and politicians’ simply continued pandering to the Taliban and other terrorist groups.

It is now a familiar pattern. Pakistanis censure acts of terrorism but refrain from condemning or acting against terrorist groups. The terrorists are emboldened with each attack, noting that their ideology is finding space in the political mainstream.

The All Saints Church, established in 1883, symbolised the history of Christian presence in Pakistan. Christians have lived in Pakistan long before it was conceived as a separate country. By attacking this historic place of worship, the jihadi terrorists signalled their desire for religious cleansing of Pakistan. This was yet another moment for Pakistan’s leaders to say “No” to the extremist vision of Pakistan as excluding non-Muslims (or, for that matter, Muslim sects other than the hardline Sunni version of Islam).

Instead, Prime Minister Nawaz Sharif and Imran Khan, the leader of Pakistan Tehreek-e-Insaaf (PTI) responded with calls for conciliation with the Pakistan Tehreek-e-Taliban (TTP). Mr Khan even insinuated that the church attack may have been a “plot” against talks with the Taliban even though the TTP had publicly claimed credit for the terrorist bombing. Although Mr Sharif backed away from talks on terms set by the Taliban ahead of his trip to New York to attend the UN General Assembly session, his government remains committed to talks with a group that murders innocent Pakistani citizens.

Pakistan’s religious minorities have been under attack for some time, in stark contrast with the vision laid out by Pakistan’s founder Mohammad Ali Jinnah in his famous August 1947 speech. Jinnah had said: “You are free; you are free to go to your temples, you are free to go to your mosques or to any other place of worship in this State of Pakistan. You may belong to any religion or caste or creed — that has nothing to do with the business of the State.” Sadly for Pakistan and Pakistanis, Jinnah faded away from this life and guidance of the fledgling nation soon after.

In the mass population exchanges that occurred at Partition, most Hindus and nearly all Sikhs left West Pakistan for India and a large number of Muslims moved to Pakistan. Christians stayed behind in Pakistan, expecting greater protection because of their support for Jinnah and the Muslim League in Sindh and Punjab. While the Pakistani state often encouraged a national narrative of Muslim Pakistan versus Hindu India, Christians were not often attacked after independence because they were deemed weak in numbers as well as political influence.

That has changed over the years. Pakistan Christians now routinely complain of being threatened, harassed, and forcibly converted. There are frequent reports of young Christian girls being raped and unwillingly married off to Muslims. The state’s indifference to these grievances has now led to the attacks by suicide bombers and armed extremist groups.

Some Pakistani leaders had voiced concern about the direction that Pakistan was taking as early as 1948. Huseyn Shaheed Suhrawardy, founder of the Awami League, later to serve briefly as Prime Minister of Pakistan, showed a depth of prescience during the Constituent Assembly debates a few months after independence. What was to become a way of life for Pakistanis was visible to him at the very outset.

Addressing Pakistan’s first Prime Minister, Liaquat Ali Khan, Suhrawardy pointed out the danger of securing popular support by invoking fear of danger to Islam or the country. “Now you are raising the cry of Pakistan in danger for the purpose of arousing Muslim sentiments and binding them together in order to maintain you in power. This must go. Be fair not merely to your own people whom you will destroy but be fair to the minorities.” The pleas of Suhrawardy and others were ignored and Pakistan has gradually slid into an emphasis on Islamisation that is increasingly becoming violent.

Using religion as the sole basis of forging Pakistani nationhood has had catastrophic results as has been the Pakistani establishment’s decision to orchestrate militant groups, groomed and armed for combat in Kashmir and Afghanistan. The Pakistani state can no longer control the jihadi extremists and will eventually have to fight them, unless it is willing to surrender to their narrow concept of an Islamic state. The refusal to accept that harsh reality is enabling the jihadis to persist with their plans while the government is caught with no plan of its own.

Many Pakistanis realise that there is no good or bad Taliban. Pakistan needs to ban and disarm all jihadi and sectarian militias. The jihadi extremists do not accept our Constitution or the pluralism necessary for a democratic state. The talk about talks with these groups can never end well for a democratic polity and only encourages their belief that they are winning. The issue, however, is: who will lead Pakistan away from confusion and towards recognition of the need to fight and win against the jihadis?

Farahnaz Ispahani is a public policy scholar at The Woodrow Wilson International Center for Scholars in Washington, DC and author of the forthcoming book, Purifying the Land of the Pure. She was a member of Pakistan’s Parliament representing the Pakistan People’s Party 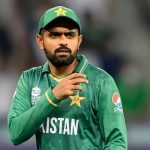