The partition of India has left many painful memories in the minds and hearts of those who happened to be witnesses to the tumultuous and violent incidents between various religious communities in the region. The violent clashes were a direct result of religious intolerance, tit for tat revenge, misinformed nationalism, feudal honour and political immaturity. The passage of decades since those incidents has not erased the painful memories of the unfortunate victims; their accounts of those times are told and retold to new generations with the same ardent feelings as they always were.

The partition has been extensively studied and documented by various writers, researchers and historians using different methods and viewpoints. I found that discovering the hidden sagas and focusing on the people whose accounts are often neglected or missing from the official versions of history was a great experience. By using the oral narratives of living witnesses, there is an authentic link to the past as compared to other methods as far as getting objective validity and a real feel of the period and its events is concerned.

I derived my inspiration from Dr Ishtiaq Ahmed. His classic descriptive style of oral history conjured up very real images in my mind of the past, and the pages of history suddenly became real. In particular Dr Ahmed’s research on Lahore had particularly impressed me with its accuracy and narrative power. Later accounts in his book, The Punjab Bloodied, Partitioned and Cleansed, Oxford 2012, inspired me to conduct independent research in the rural areas of Rawalpindi to refine public understanding, as well as my own, of those indelible events from more than six decades in the past.

For over a thousand years the various communities had lived together in peace and amity. United India had a population of 389 million, according to the 1941 population census, comprising 255 million Hindus, 92 million Muslims, 6.3 million Christians, 5.5 million Sikhs and a number of other smaller communities. The demographic settlement was quite largely a mixture of various communities. The share of every community was certainly present at the state, district and town level, with fairly good relations with each other.

The Punjab has always occupied a peculiar position in the history, economy and politics of India. A continuous procession of invading hordes from the west made it difficult for a province to have a settled and stable government for any length of time. Due to immense political, economic and strategic interest of the British in the land of Punjab, they developed the area quite widely. The British invested heavily in infrastructure such as roads, rail links, irrigation and the postal and telegraph system. These were vital for linking markets, transport and communications, which eventually led the Punjab to become the ‘granary of India’ during the British rule.

On March 2, 1947, the resignation of Khizar Hayat Tiwana resulted in the hasty political scenario in Punjab that resulted in the initial communal disturbances in the land of five rivers. Soon after his resignation, violence spread in Lahore, Multan and Rawalpindi. On March 5, Governor Jenkins imposed governor’s rule, which persisted in the Punjab until power was shifted to the Indian and Pakistani Punjab administrations on August 15, 1947

In Rawalpindi, Hindus/Sikhs and Muslims clashed on March 5. On the evening of March 6, Muslim mobs in the thousands headed towards Sikh villages in Rawalpindi, Attock and Jhelum districts. Until March 13, it seemed they had a licence to kill, burn, rape, and forcibly convert mainly Sikhs but also Hindus.

Ishtiaq Ahmed reported this at various forums in his writings. According to British sources, some 2,000 people were killed in the carnage of the northern Punjab districts. The Sikhs claim 7,000 thousand dead. Mohammad Ali Jinnah committed a major blunder when he did not issue any condemnation of these atrocities. An exodus of Sikhs in the thousands to the eastern districts and Sikh princely states from Rawalpindi, where they narrated their woes, set up the nucleus of a revenge movement.

Lord Mountbatten, the last Viceroy of India, after visiting district Rawalpindi, reported to the British government in England. The whole of the Hindu/Sikh part of the city was an absolute wreck, as though it had been subjected to an air raid. Several Hindu and Sikh villages were wiped out. Justice Teja Singh, a member of the Punjab Boundary Commission, stated before the commission that during the Rawalpindi riots, “A large number of people were forcibly converted, children were kidnapped, and young women abducted and openly raped.” Though a separate number of female casualties are not available, the official figure of deaths in the district of Rawalpindi was 2,263, which was considered far below the actual number. Women were subjected to maximum humiliation and torture. Their agony can be judged by the fact that a number of women jumped into wells to save their honour. It is as unbelievable today as it was at that time. But fortunately, Pandit Jawaharlal Nehru visited the village on March 14, 1947, and he was told about the incidents of women jumping into wells. His staff photographer took photographs of the bottom of the well with the help of a flashlight. Those photographs showed the decomposed limbs of the bodies. The countless rapes and kidnappings of women and young girls are perhaps among the most sordid tales of partition. These females, some with children in their arms, were reportedly abducted, raped and molested, passed from one man to another, bartered and sold like cheap chattel.

Earlier in my writing, I have mentioned my fieldwork experiences and having some oral narratives of the witnesses where the catastrophic events were recorded against minorities. It is not wrong to mention that the March 1947 riots in northern Punjab were one of the factors of the partitioning of Punjab. In the aftermath of the Rawalpindi killings, Hindus and Sikhs of the Punjab demanded the division of the province along with the division of India.

The writer is a freelance columnist and independently conducting research on the partition of 1947. He can be reached at janjuaharoon01@gmail.com and on twitter @JanjuaHaroon 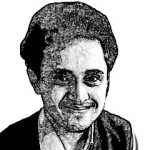 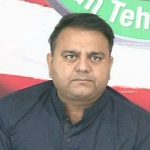 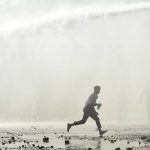