A history of Punjab  a subject long overdue  I

The distinguished historian Professor Rajmohan Gandhi’s monumental contribution, Punjab: From Aurangzeb to Mountbatten, is meticulously, deftly crafted and structured and is a reader’s delight no doubt. Sayyid Muhammad Latif’s History of the Panjab (1889) and Ikram Ali’s History of the Punjab — 1799-1947 (1971) had been available in the public previously. However, while Latif’s work is now dated because it was written within the constraints of the colonial order of that time, that of Ali did not cover the critical period of almost a century when Aurangzeb died in 1707, and in 1799 when Ranjit Singh established the Kingdom of Lahore.

I was curious what made him, a Gujarati, work so painstakingly to produce a work that will surely be the standard reference on the history of Punjab. A clue Gandhi gives in the preface is: “[I]n 1948, my assassinated grandfather, the Mahatma [Gandhi], had joined the numberless victims of Punjab’s and the subcontinent’s anger. Punjab had become a part of my life, a question-provoking yet precious part, and I needed to understand it as well as I could.”

In an even more important sense Gandhi’s book breaks free from the nationalist-communalist narratives on Punjab since the 1947 partition. Scholars of history in the Indian East Punjab have been writing histories of the Sikhs, while in the Pakistani Punjab the Two-Nation Theory alone inspires historical research. Ikram Ali’s work from 1971 is an exception. From both sides, there is a strong temptation to explain the Punjab partition as rooted essentially in the religious conflicts between two antagonistic groups: Hindus and Sikhs being considered one group and the Muslims the other. Gandhi’s book amply demonstrates the poverty of such slanted historiographies and restores the Punjab narrative to its pre-partition moorings.

No doubt, Aurangzeb’s persecution of the Sikh Gurus is proverbial but the reprisals by the self-proclaimed avenger of that oppression, Banda Bahadur, a Rajput from Kashmir, resulted in havoc being wreaked on the Muslims between the Yamuna and Lahore. That gruesome period of excesses from both sides culminated with the Mughal Emperor when Farrukh Siyar finally put Banda and his family to death in a most horrific manner in 1716.

However, the bloodshed caused by the confrontation between the Mughals after Aurangzeb and the Persian Nadir Shah and later Ahmed Shah Abdali was no less gory and appalling. Those two invaders showed no sympathy for the Punjabi Muslims during their raids on Delhi and Punjab. For years Punjab — roughly the region between Attock in the west and Delhi in the east — was bled white because of the conflict between Delhi/Agra and Kabul.

However, before Ranjit Singh came to power in Lahore in 1799 and put a stop to that tussle between Delhi/Agra and Kabul, another son-of-the-soil, Adina Beg Khan (1710-1758), an Arain from Sharaqpur, 18 miles south of Lahore, emerged as the major player in Punjab politics. He served as the viceroy of the Mughal state in Punjab, accepted Afghan suzerainty as well as the overlordship of the Marathas who were another major force in the Punjab of the 18th century and entered into alliances with the Sikhs and Muslim chieftains. From his base, mainly in the Jullundur tracts, he led armies consisting of men from all communities into battle and was a successful military commander. His closest associates were some Hindu Khatris.

We learn that whenever Adina found the opportunity he established good government and particularly looked after the interests of the peasantry and other farming communities. However, the Punjabi Muslims could not produce a strong and unified leadership despite being the biggest religious group in the province. It seems that Adina Beg Khan succeeded largely because of his individual skills of manoeuvre and sagacity rather than the solid support of the Muslims of Punjab to establish an independent state.

On the other hand, since the Sikhs were subjected to persecution from the time of Jahangir onwards and under Aurangzeb such oppression only magnified, Guru Gobind Singh transformed them from a quietist brotherhood into a militant Khalsa fraternity in 1699. Subsequently, Sikh commanders began to organise into a number of standing armies known as misls led mainly by Jatts, the biggest agricultural biradari in Punjab. Many of them began to wear the Khalsa emblems and thus distinguish themselves as a militant group, believing in their destiny to rule. The misls specialised in guerilla warfare as mobile units of raiders ambushed Afghan and other armies.

The consummation of the Sikh rise to power was the triumphant march in July 1799 into Lahore by Ranjit Singh of the Sukerchakia misl centred on Gujranwala. He eliminated his Sikh rivals and drove the Afghans out of Punjab. Peshawar, Kashmir and Multan were also annexed militarily. We learn that Ranjit Sikh was always willing to forgive his opponents if they submitted to his rule. That way he broke with the cruel practices of the Mughals and Afghans of imposing barbaric punishments on their opponents.

Maharaja Ranjit Singh’s rise to power was a most spectacular success story because the Sikhs were a small minority of the Punjab population, though at that time ambiguity prevailed over the exact boundaries between Sikhism and Hinduism. Although Ranjit Singh patronised the Sikh religion and orthodox Hindu influence increased at his court, he adopted a tolerant and inclusive policy towards the Punjabi Muslims. Some of them served as his ministers and military commanders, who led his armies into battle against the Afghans and other Muslims. A sizeable number of Europeans, most notably Frenchmen, served in his army as well and trained his soldiers. 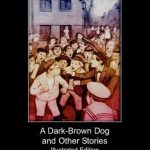 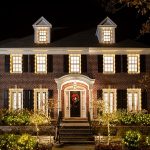 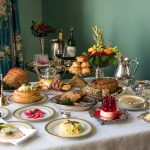 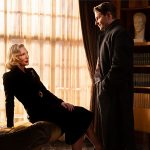