Benazir was indeed Benazir (without equal)

We will never forget December 27th’s gloomy, bloodstained sunset. On this day, in 2007, Mohtarma Shaheed Benazir Bhutto was ruthlessly attacked and eternally silenced by the horribly regressive mindset of this ill-fated society. Today we are remembering Benazir Bhutto — a Pakistani woman who was a lot more courageous than many men, brighter than many scholars and more visionary than all the politicians put together. She was a lady who put her life in danger and left behind her footprints, dyed in her own blood, for the guidance of Pakistani democrats.

Shaheed Benazir Bhutto had all along known of the threats to her life as well as the willingness of her spineless enemy yet we found her leaving a comfortable life abroad and standing among her own people in Pakistan, oblivious to the danger lurking around her, danger that eventually led to her unfortunate demise. In a heroic manner, she defied the idiosyncrasies of military dictators, coming out onto the roads not just once but twice in her life, to lead the public towards democracy, law and justice. She strengthened democracy with her continuous struggle, speeches, motivating international movements that culminated in her self-sacrifice. Just like her father, Zulfikar Ali Bhutto, Benazir gave democracy a new lease of life with her blood.

Six years have passed but the wounds this nation received on December 27, 2007 are still bleeding and the day is more distressing than before. The mindset that killed Benazir Bhutto still exists and continues to sow the seeds of hate and sectarianism in our soil. Her last words, in Liaqat Bagh, Rawalpindi, addressed to thousands of her followers, still echo in our ears. She said: “I put my life in danger and came here because I feel this country (Pakistan) is in danger. I want to see a prosperous, progressive and developed Pakistan.”

On December 27, 2007, the people of Pakistan had found their acclaimed favourite leader among themselves and they were dreaming of an optimistic dawn in their country. They all wanted democracy because they knew that the true spirit of democracy guarantees all basic human rights.

For the first time when Benazir Bhutto emerged in the sphere of Pakistani politics, she snatched the people’s rights from General Ziaul Haq, who had ensnared the whole nation with his lawlessness. He was an obnoxious dictator who had sown the roots of terrorism and extremism, dividing this nation into sects by making terrorist organisations. Zia is the benefactor of today’s militant outfits, which are slaughtering our troops and civilians in the name of religious sectarianism and ideological beliefs.

The Woodrow Wilson Centre scholar and former parliamentarian of the PPP, Ms Farahnaz Ispahani, paying her tribute to Shaheed Benazir Bhutto said, “Bibi was loved by people of every creed, race, language and colour. From Parachinar to Karachi, she was the only voice of the oppressed people of Pakistan. She was, and is still, the symbol of the federation of Pakistan. Her demise has rendered the liberal forces of the country orphaned. She shall be remembered forever both for her painful suffering and stoic forbearance, bravery and struggle.”

Shaheed Benazir Bhutto dedicated her life to Pakistan and its browbeaten people. Never did she compromise with the anti-democratic and fanatic mindset, which wanted Pakistan to be a core of radicalism and violence, in a state of rigidity. She continued her fight to prevent Pakistan from falling into the ruthless hands of militant terrorists.

Throughout her life, Shaheed Benazir Bhutto faced all kinds of anguish with immense fortitude but nothing could keep her away from her great cause. From the narrow, dark torture cells of prison to Liaqat Bagh, each phase of life was evocative for the audacious Benazir. When hardships mounted, she morphed them into a book: “The summer heat turned my cell into an oven. My skin split and peeled, coming off my hands in sheets. Boils erupted on my face. My hair, which had always been thick, began to come out by the handful. Insects crept into the cell like invading armies. I tried pulling the sheet over my head at night to hide from their bites, pushing it back when it got too hot to breathe.”

Despite these inhuman circumstances, we find this brave lady to be farsighted, bearing every pain — from the martyrdom of her father to the slaying of her two brothers. A whole volley of distress and difficulties was hurled on the Bhutto family, valiantly borne by Benazir. She loved her workers and, in return, was dearly loved by them. No one can claim in the world the devotion she earned from the lower strata of society. There was no iron curtain between her and her workers. The worker-leader relationship was ideal, based on love, care and respect. Hundreds of her followers manifested this by sacrificing their lives in Karsaz, Karachi on October 18, 2007, on her return to Pakistan after a prolonged departure. Even the gloomy tragedy of Karsaz could not discourage workers into leaving her alone as a result of which dozens were killed along with her on December 27, 2007. Neither the leader nor her workers were afraid of death. This mutual love between the leader and workers dominated any fear of death. On her coldblooded martyrdom, every eye wept and workers from all over the country beat their chests in agony. The grief and heartache witnessed was not only out of the ordinary but was on a national basis, from small villages and goths to all the large cities; from Chitral, Gilgit-Baltistan, Quetta and Parachinar to Karachi.

Today is a dismal day in the history of Pakistan — all our hopes were ripped apart and our expectations were cruelly shattered but we can never forget Benazir because Benazir was indeed Benazir in name, in life and in her death.

You think that you killed a legend,

It is your dream,

A dream of a fool,

They live to doomsday.

The writer is a citizen of the tribal areas Parachinar and an expert on FATA. He can be reached at analystoori@gmail.com and on Twitter @RiazToor 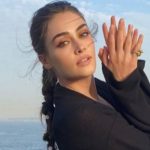 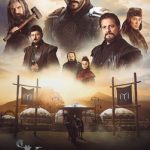 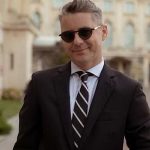