How Mama Qadeer made history

Baloch human rights activist Mama Qadeer, 72, with 20 other Baloch women and children has made history by breaking the 84-year-old record of Mahatama Gandhi. Gandhi marched 390 kilometers on foot from Ahmedabad to Dandi against the British government in 1930, whereas Mama Qadeer Baloch has travelled more than 2,000 kilometers on foot from Quetta to Islamabad through Balochistan, Sindh and Punjab for the release of the Baloch missing persons. Mama Qadeer’s move will pave new ways of struggle for the young men and women who are fighting for their rights.

This peaceful record has been set after 84 years. When Mahatma Gandhi started his ‘Salt March’ on March 12, 1930, he was 61 years old but Mama Qadeer Baloch partook of this responsibility at the astounding age of 72.

Qadeer Baloch, known as Mama Qadeer, is vice chairman of the Voice for Baloch Missing Persons (VBMP), a non-governmental organisation striving for the safe release of Baloch missing persons. Mama Qadeer launched this historic long march from Quetta to Karachi and then marched towards Islamabad to highlight the issue of enforced disappearances in Balochistan and the ‘kill and dump’ policy enforced on Baloch political activists and people from different walks of life, allegedly being carried out by secret state agencies.

Mama Qadeer’s son, Jalil Reiki, the information secretary of the Baloch Republican Party, was abducted on February 14, 2009 in Quetta allegedly by state agencies and his bullet-riddled body was found dumped in the Aap Sar area of Turbat on November 24, 2011.

The long march led by Mama Qadeer Baloch started on October 27, 2013. By now the marchers have marched over 2,000 kilometers. Mama Qadeer, Farzana Majeed and 20 Baloch women of victim families continued their march in the most committed manner, saying that they will continue their mission until they see the safe recovery of the disappeared Baloch. Regrettably, according to them, not only have they received death threats if they do not call off the long march but also, routinely, the family members of missing persons receive the mutilated and decomposed dead bodies of the disappeared Baloch. Qadeer Baloch and other marchers were also attacked while travelling towards their destination.

The VBMP has been protesting for the last four years, yet there have been no extraordinary developments vis-à-vis the recovery of the missing persons. The VBMP claims that there have been some 18,000 Baloch from different walks of life who have just disappeared and 1,000 of them have been extrajudicially killed. The VBMP leaders assert that the current rulers intensified the ‘abduct, kill and dump’ policies in Balochistan and intelligence agencies have picked up a large number of Baloch political workers to suppress their voices. However, officials disagree with these claims.

It does not seem as if the Baloch will get justice and that the missing persons will be released but, according to Mama Qadeer, the long march has highlighted gross human rights abuses in Balochistan, bringing the bloody scenario to international exposure. “We succeeded in conveying the message that the Baloch people have their own language, history and geography, and are struggling for the ownership of their land and rights,” says Qadeer Baloch.

Mama is committed to continuing this struggle until the disappearances and murders of Baloch youth and political activists stop. “Our struggle will go on until the safe release of the last abducted Baloch from any torture cell and an end to the military operation in Balochistan,” said Mama Qadeer in his recent interview to Balochistan Point.

Mama’s role is really praiseworthy; the Quetta to Karachi and Karachi to Islamabad long march on foot has become part of Asia’s new history. The long march and more than four years peaceful protest may be productive or it may not be but his character is becoming a source of courage for our youngsters to continue the struggle for their rights and to commit to this movement. 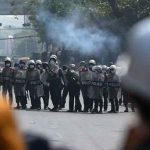 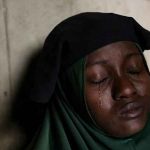 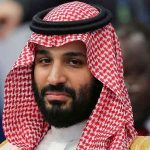 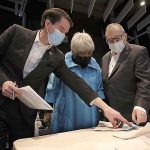