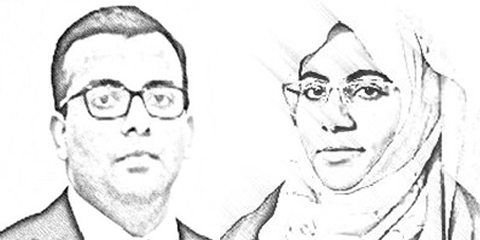 Extremism, having different forms like radicalized religiosity, sub-nationalism, fanatic sectarianism, and political & social conservatism, is a phenomenon which has roots in antiquity. When extremism becomes violent then it transpires into a challenge primarily due to the failure of states or societies to identify its breeding or ignore it is maturing or in the worst case scenario, acknowledge the perpetrators as an integral part of national advantage. Consequently, states and societies steadily become hostage to extremist ideologies.

As per Merriam-Webster Dictionary, extremism is the quality or state of being extreme, especially advocacy of extreme measures or views. The definition coined by the Pakistan Institute of Peace Studies (PIPS) is more suited to the situation as it prevails in Pakistan. According to it, extremism means “forcefully rejecting the existing means of political participation, attempting to create new ideologies and narratives to bring about a structural change in all spheres of life by challenging the legitimacy of existing system and institutions.”

There is no agreed conclusion towards defining Violent Extremism. As per UN Security Council resolution 2178 (2014), it is defined as” something conducive to terrorism, sectarian violence and commission of terrorist acts”. Thus, violent extremism refers to those activities and beliefs which are used to advocate, engage in, prepare or otherwise support ideologically-motivated violence to further socio-economic and political objectives. The purpose of violent extremism is to provoke the target into a disproportionate response, radicalize moderates and build support for its objectives in the long term. Since the concept of violent extremism is still an evolving concept the other related terms of terrorism, political violence and extreme violence have been used interchangeably.

Violent extremism in Pakistan is a multi-faceted and multi-layered phenomenon. The factors that influence the processes of radicalization include deviant ideologies, political grievances, psychological disorders, sociological motivators, and economic factors.

It is until recently that violent extremism has been attributed to a religious belief system. Historical evidence suggests that the problem of violent extremism is also political and economic especially when looking at the history of Colombia, Ireland and Nepal. Moreover, social problems such as the marginalization of communities have also been seen to have triggered frustration leading to extremist measures.

The present form of violent extremism in Pakistan dates back to the days of Gen. Zia’s rule when the USSR invaded Afghanistan on one hand, simultaneously there was a Shia revolution in Iran on the other hand. This caused disproportionate alarm to the USA manoeuvred ideological and financial capacity of Gulf states and exploited Pakistan’s military regime to provide religiously motivated foot soldiers to wage a holy war against infidels. This prolonged holy war of about a decade culminated after the disintegration of the USSR, breaking of east Europe and liberating the Central Asian States but left a violent legacy of battle-hardened religious ideologists that devastated peace in Pakistan, Afghanistan and the rest of the world.

Violent extremism in Pakistan is a multi-faceted and multi-layered phenomenon. The factors that influence the processes of radicalization include deviant ideologies, political grievances, psychological disorders, sociological motivators, and economic factors. It exists in various forms, for instance, sectarian outfits, groups calling for the Islamization of society, and militant jihadi organizations. Similarly, the sub-nationalist insurgency in Balochistan is another facet of violent extremism in Pakistan. Thus, there is no single reason or motivating factor leading to radicalization.

Pakistan has been challenged by the menace of terrorism and violent extremism for decades. There have been some policy interventions to Counter Violent Extremism. However, the CVE initiatives in the country have fallen short of expectations, as most of the counterterrorism responses are focused on kinetic actions rather than addressing the real drivers.

Countering Violent Extremism means: “The use of non-coercive means to dissuade individuals or groups from mobilizing towards violence and to mitigate recruitment, support, facilitation or engagement in ideologically motivated terrorism by non-state actors in furtherance of political objectives.”

The government of Pakistan came up with its first-ever National Internal Security Policy (NISP) on 24th February 2014. The policy was mainly based on a five-pronged strategy to counterterrorism-to dismantle, contain, prevent, educate and reintegrate. National Counterterrorism Authority (NACTA) emerged as the key agency to coordinate the counterterrorism efforts in Pakistan. There were gaps in this policy as it was more focused on the Law enforcement aspects and less on CVE measures. The focus was laid on the capacity building of LEAs enabling them to effectively counter terrorism. The Intelligence sharing and counterintelligence objectives identified in the strategy was not been achieved in an institutionalized manner. The economic aspect of violent extremism was not been emphasized in the policy of 2014-18 and its subsequent work plan. The de-radicalization programs and building of a counter National narrative on extremism were neither elaborated in the policy of 2014-18 nor any specific programs were chalked out in the strategy and subsequent work plans.