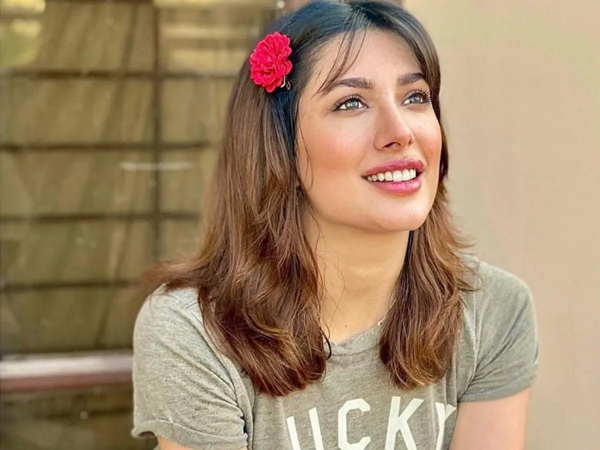 Actor Mehwish Hayat flaunted her new hairstyle in her latest video which is going viral on the social media application Instagram.

The viral video on the visual-sharing platform showed her showing off her maroon-coloured hair. In the caption, she wrote that she was in love with it.

Her on and off-screen endeavours have made her one of the most followed celebrities. She shares pictures and videos of her personal and professional happenings. Earlier, she posted a viral of her in a flowy polka-dotted monotone dress. “On my way to get some,” read the caption on the walking clip of Mehwish Hayat while some upbeat music played in the background. Millions of Instagram users viewed the post within hours and garnered numerous likes and comments for the celebrity.

Mehwish Hayat had a stellar 2022. Apart from her mesmerizing Marvel Cinematic Universe debut in ‘Ms Marvel’ where she played Aisha – the great-grandmother of protagonist Kamala Khan and possessor of the Golden bangle.

The celebrity also entertained the moviegoers with her Eid-ul-Adha outing, the Nadeem Baig directorial ‘London Nahi Jaunga’ with Humayun Saeed and Kubra Khan.