Advice for KP Assembly dissolution to be sent today 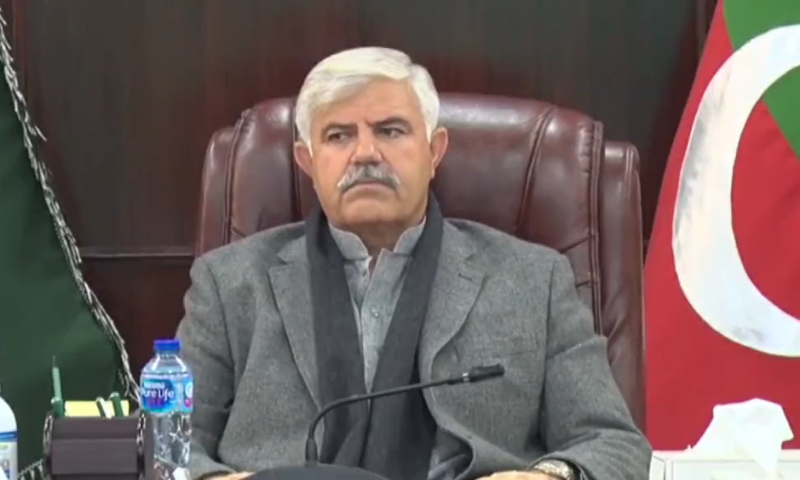 “I will send the advice for the dissolution of the assembly today,” CM Khan said while addressing the 86th meeting of the provincial cabinet and thanked all the ministers, government officials, opposition members, and bureaucracy.

“We will form the government in the entire country with a two-thirds majority in the general elections,” Khan said.

He further stated that there is instability in the country due to the “imported government”.

“Getting rid of the corrupt group has become inevitable,” he added.

The development came a few days after Punjab Chief Minister Parvez Elahi signed the summary for the dissolution of the provincial assembly.

Earlier, the Punjab Assembly stood dissolved constitutionally as Punjab Governor Baligh ur Rehman excused himself from signing the summary, saying he could not become a part of the process.

The Punjab Chief minister (CM) Pervaiz Elahi forwarded the summary of dissolution and as per the Constitution, the assembly dissolves within 48 hours regardless of the governor’s decision.

PTI Senior Vice President Fawad Chaudhry said that the dissolution of the KP assembly will pave way for the general elections.

“The federal government will be sent packing in the next two weeks,” said the PTI leader, adding that the real issue is the political crisis and not the economy.