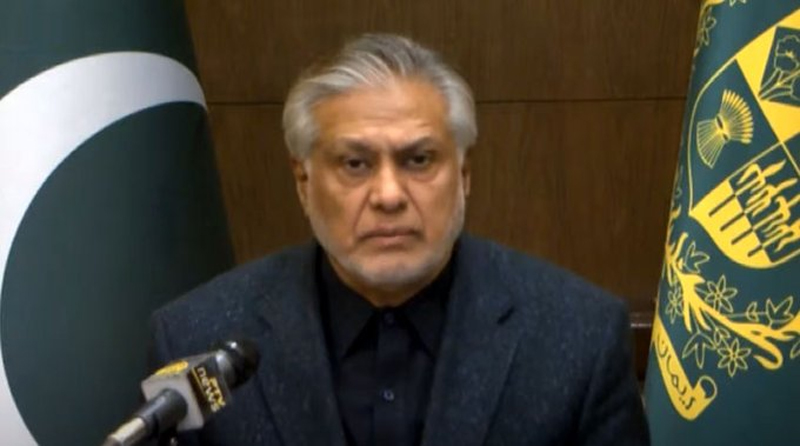 Finance Minister Ishaq Dar announced Sunday that the price of petroleum products in the country would remain unchanged for the next fortnight – till January 31.

In his video address, the finance minister said the prices will remain the same from January 16-31 – a move that might invite criticism from the International Monetary Fund (IMF).

The government was to announce the new fuel prices to be implemented from January 16 to January 31, however, the finance minister said that no changes would be introduced “in accordance with the advice by Nawaz Sharif”.

The exchange rate adjustment for major oil importer Pakistan State Oil (PSO) is estimated at Rs5 per litre on petrol and Rs3.50 per litre on HSD. Meanwhile, the rupee has depreciated from Rs225.93 to Rs227.72 per dollar.

It may also be noted that Pakistan is presently facing a looming oil crisis threat as banks have refused to open and confirm Letters of Credit (LCs) for the import of petroleum products.

The Oil Companies Advisory Council (OCAC), a grouping of refineries and oil marketing companies (OMCs), had drawn the attention of the finance secretary and the State Bank of Pakistan (SBP) towards the emerging situation on Saturday.

In a letter to the finance secretary, the OCAC had pointed to the challenges being faced by oil companies, which were finding it difficult to open LCs.

“If LCs are not established on a timely basis, critical imports of petroleum products will be impacted, which may lead to a fuel shortage in the country,” the council said, adding that if the supply chain was compromised, it might take six to eight weeks until the situation normalised. Meanwhile, Oil and Gas Regulatory Authority (OGRA) issued a clarification on the news related to the shortage of petrol and diesel in the country.

He added, “Sufficient stocks of petrol and diesel are available across the country. OGRA strongly rebuts the speculations on petrol/diesel shortages. Useable stocks in the country are good enough for 17 days of petrol and 32 days of diesel.”

The OGRA spokesperson also said that another 80,000 metric tons of petrol ships and another 90,000 metric tons of diesel ships are at berth/outer anchorage and that local refineries were fully functional in ensuring that the demand for petroleum products was met.

Elaborating on this in the Twitter thread, he said: “Furthermore, ships carrying 80,000MT petrol (MS) and 90,000MT HSD (diesel) are at berth/outer anchorage. The local refineries are also operational and playing their due role in meeting the demand for petroleum products.”