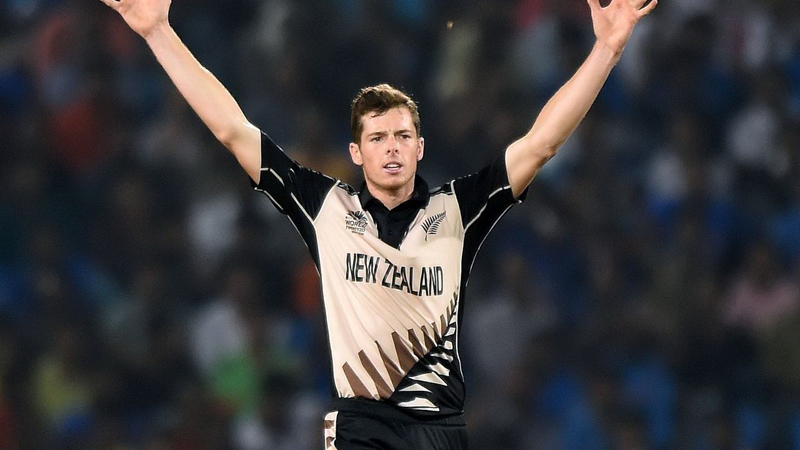 WELLINGTON: Mitchell Santner has been named captain of New Zealand’s T20I squad for the series in India that begins later this month. Kane Williamson and Tim Southee will both be absent, having chosen not to travel after the ongoing series in Pakistan. Ben Lister, the 27-year-old Auckland fast bowler, is a first time inclusion in the New Zealand squad. He had toured India as part of the New Zealand A squad late last year and was named Auckland Cricket’s Men’s Bowler of the Year last season. “Ben has made an exciting impact for Auckland early in his career in red and white-ball cricket,” New Zealand’s chief selector Gavin Larsen said. “Since his debut in late 2017, he is the Aces’ leading wicket-taker in T20 and List A cricket. His ability to swing the ball considerably as a left-armer is particularly exciting.

“We all felt for Ben after his tour ended the way it did last year, and it’s a testament to his work ethic that he’s been able to return to domestic cricket so strongly this season.” Lister’s A-team tour of India had ended abruptly when he came down with pneumonia and had to be hospitalised in Bengaluru before returning home. He’s taken five wickets in three Super Smash matches for Auckland so far this season, and six wickets in six Ford Trophy innings.

With Williamson and Southee not travelling to India after the tour of Pakistan, New Zealand will be led by Tom Latham in the ODIs and Santner in the T20Is. Santner has led New Zealand in 11 T20Is — eight of which were in Ireland, Scotland and the Netherlands last year. “Mitch is a leader in our white-ball teams and has captained the T20 side in India [in Kolkata in 2021] before,” Larsen said. “His experience in Indian conditions will be invaluable leading this group.” NZC said that fast bowlers Kyle Jamieson (back), Matt Henry (abdominal), Adam Milne (side) and Ben Sears (back) were unavailable for selection because they are recovering from injuries. The New Zealand team is presently in Pakistan where they have one match to go in the three-ODI series that is level at 1-1, after having drawn the two-Test series 0-0. They will then travel to India for three ODIs in Hyderabad (January 18), Raipur (January 21) and Indore (January 24), before the three T20Is in Ranchi (January 27), Lucknow (January 29) and Ahmedabad (February 1).