Jules Verne — the writer from the future 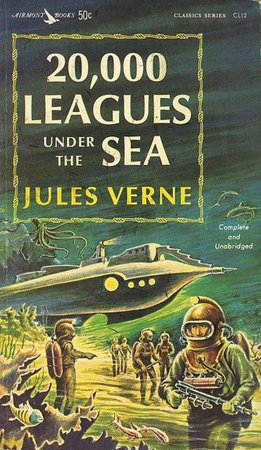 Science fiction authors conceive strange worlds, dystopian societies and never-seen-before planets, ships and gadgets. They imagine a future that seems eccentric yet the characters relate to the readers.

Such science fiction authors question the “what if” scenarios and present the stark realities of their time from a different perspective.

Jules Gabriel Verne, commonly known as Jules Verne, is referred to as the father of science fiction who thought about unknown worlds. Verne focused on stories, based on science fiction, in which the protagonist goes on a journey across the world, beneath the soil, in space, and the sea. His collection of such stories, known as Voyages extraordinaires, includes fifty-four novels that were published from 1863 to 1905. Eight novels were published posthumously. Some of the classic novels from this series include Journey to the Centre of the Earth, From the Earth to the Moon, Twenty Thousand Leagues under the Sea, Around the Moon, Around the World in Eighty Days, among others. 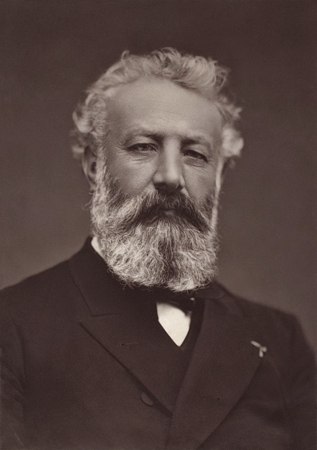 Born in 1828 in France, Verne published from the Earth to the Moon in 1865. This was 104 years before the moon landing. Imagine a writer during the 1860s conceiving a mechanical process of taking his protagonists to space, more specifically to the moon. The story is about Impey Barbicane, the president of the Baltimore Gun Club, who devises a way to shoot a projectile through a cannon that can carry humans to the moon.

The members of the Club, during the post-American Civil War, build a space gun called Columbiad. There are two interesting details associated with this novel. First, the rough calculations Verne made to launch the projectile to the moon are almost accurate. Second, Verne named his space gun the Columbiad. Coincidentally, the command module during the 1969 Apollo 11 mission was called Command module Columbia.

Verne was indeed a visionary writer who blended science fiction with human emotions to present stories that made sense, connected with the readers’ thoughts and became memorable narratives.

In his novels, Verne discussed such gadgets that were too strange for his time but became a reality many decades later. This was manifested because of his imagination and how he extrapolated the mechanical progress of his time to perceive a future society built around or by them.

Verne conceived the idea of an electric submarine in Twenty Thousand Leagues Under the Sea in the form of the Nautilus. He imagined the helicopter in Robur the Conqueror. The character in the story travels in a machine that is built by a pressboard with high-speed rotors. In his novel from The Earth to the Moon, he predicted the use of solar sails, space cuisines, space suits and space travel.

Verne’s novels speak volumes of his creative prowess. His thoughts were firmly placed in his era when he wrote about the protagonists’ emotional journey to the far reaches on Earth and in space. At the same time, he did not limit his mind to only writing what was known to man during his time. He contemplated the future and how will the society of this era look like. He was indeed a man from the future who created fictional worlds that became our reality.

The writer is a fiction writer and columnist. He can be reached at omariftikhar@hotmail.com and tweets at @omariftikhar