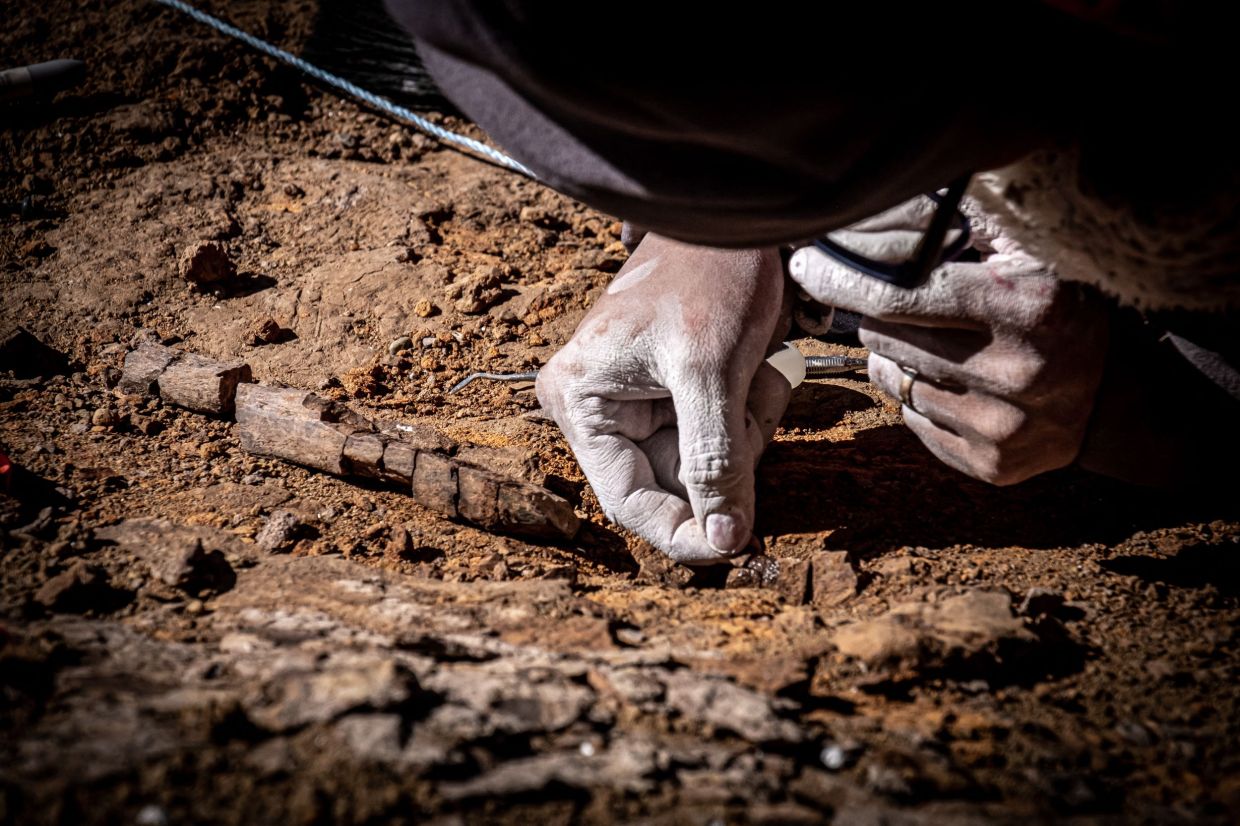 Scientists have found the remains of four species of dinosaurs, including a megaraptor, in an inhospitable valley in Chilean Patagonia that has emerged over the past decade as an important fossil deposit, researchers said Wednesday.

The fossils were found in Cerro Guido, in southern Chile’s Las Chinas valley near the border with Argentina, and taken to a laboratory in 2021. The researchers said they belong to dinosaurs that have not previously been identified in the area.

“It’s always super exciting in scientific terms to find something that has not previously been discovered or described in the Las Chinas valley, where we have become used to finding new fossil remains,” Marcelo Leppe, director of the Chilean Antarctic Institute (Inach) which was part of the research team, told AFP.

They identified the remains — including teeth and postcranial bone pieces — of four species of dinosaur including the megaraptor, which belongs to the theropod family.

These carnivorous dinosaurs had raptor claws, small teeth for tearing, and large upper limbs which, according to the research, put them at the top of the food chain in the region, which they inhabited between 66 and 75 million years ago, at the end of the Cretaceous period.

“One of the characteristics that allowed us to identify with great confidence that they belong to megaratorids are, first of all, that the teeth are very curved towards the back,” said Jared Amudeo, a researcher with the University of Chile, in a statement.

They also identified two specimens of Unenlagiinae, closely related to velociraptors and which have a “novel evolutionary character, which would indicate that this is a new species of unenlagine or perhaps a representative of a different clade (group),” said Amudeo.

They also found remains of two bird species: an Enantiornithe, the most diverse and abundant group of birds of the Mesozoic; and Ornithurinae, a group directly related to present-day birds.

The scientists’ work was compiled in a study published last December in the prestigious Journal of South American Earth Sciences.