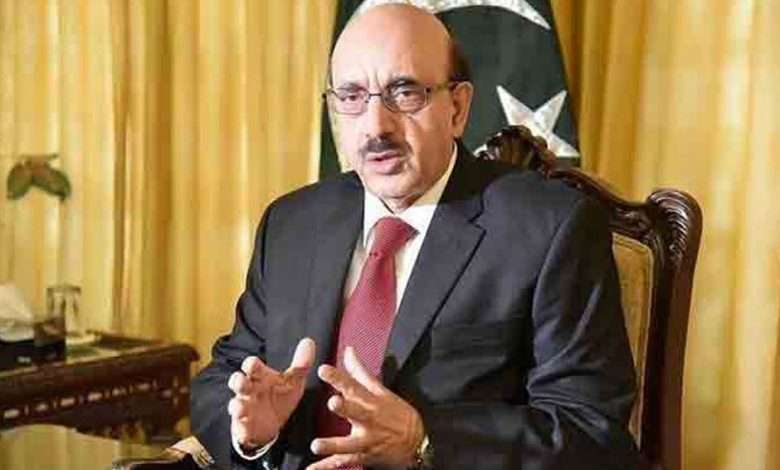 “The upward trajectory in Pak US bilateral relations is creating a salutary environment for scaling up our mutual ties in economic, technological, educational and other important sectors,” said Pakistan’s Ambassador to the United States Masood Khan.

Ambassador Masood Khan thanked the U.S. government for an additional support of $100 million for post-flood reconstruction and rehabilitation phase, pledged at the International Conference for Climate Resilient Pakistan held on 09 Jan 2023 at Geneva.

“We have been partners in peace and we would continue working together for promoting shared values and objectives,” he continued.

The Ambassador made these remarks during a reception hosted by prominent Pak-American community leader Ch. Nadeem Ahmed in Seattle.

Addressing the gathering, Executive of King County Dow Constantine while welcoming the Ambassador of Pakistan to Seattle appreciated the contributions of Pakistani community towards socio-economic development of Seattle.
Recognizing valuable services of Dr. Faisal Khan and Dr. Umair Shah in health sector, Dow Constantine said that the opportunities offered by the United States have been grappled by vibrant Pak-US community to excel in every walk of life.

Ambassador Masood Khan in his remarks thanked the leadership of Seattle and Pak-American community for warm welcome and observed that the people of Pakistan valued their relations with the United States.

“Our relations have been marked by longevity, resilience and sustainability. The symbiotic relationship has contributed towards regional and international peace and stability,” he said.

While appreciating continued assistance of the US government and its citizenry to the people of Pakistan, Masood Khan thanked the US administration for using its convening power and garnering support for flood affected population during reconstruction and rehabilitation phase.