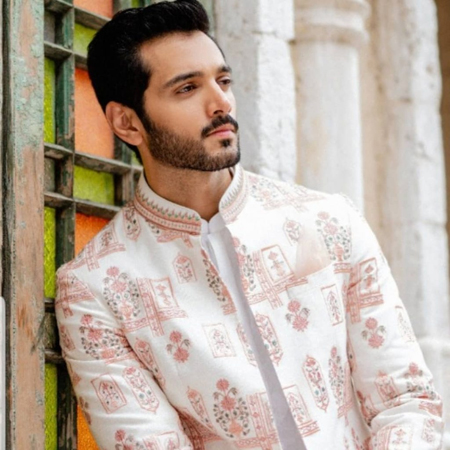 After the heart-breaking episode 5 of ‘Mujhe Pyaar Hua Tha’ which aired a day ago, the prime-time serial as well as the lead actor, who stole the show with his portrayal of Saad, have topped the trend charts on the micro-blogging site.

Twitterati lauded the actor for putting forward the anguish of Saad in a way which made them feel pity for the character.

About the serial, ‘Mujhe Pyaar Hua Tha’ is a love triangle between Maheer, Saad and Areeb.

Saad has always been in love with his cousin Maheer but never made an attempt to confess his love to the latter. Amidst this entered Areeb in the story, who in very first sight, fell in love with Maheer and within days popped the ring to her.

Meanwhile, the families of Saad and Maheer decide to get the two engaged immediately and what follows is the story of love, betrayal, heartbreaks and more.