Climate change is affecting Pakistan. The Global Climate Risk Index (CRI) for 2014, developed by the Germanwatch Institute (GI), ranked Pakistan number three after Haiti and the Philippines for countries most affected by climate change. Pakistan, however, contributes very little to greenhouse gas emissions, ranking 135th in the world on a per capita basis, despite being highly affected by emissions. This highlights that the carbon emissions of developed countries are creating havoc for underdeveloped or developing countries. Still, we cannot use this reason to justify our own bad behaviour as we ourselves are disrupting the course of nature by increasing deforestation and polluting the atmosphere.

According to the Food and Agriculture Organisation (FAO), deforestation in Pakistan is increasing at a rate of 2.1 percent per annum, which is the highest rate in Asia. Pakistan, which incredibly has one of the largest numbers of mangrove forests in the world, is now facing a threat. Over the past few years mangrove forest cover has reduced to a great extent due to encroachments, camel grazing, untreated industrial effluents discharged into freshwater streams and rivers, and reduced freshwater supply to the mangroves. Deforestation of mangroves is also increasing at a high rate. It is a miracle that, due to efforts by local activists and environmentalists, a development project planned for Bundal and Buddo islands off the coast of Karachi by a mega-housing development company was halted. Both islands are mangrove reserves, home to hundreds of species of fish, plants and birds.

Lack of awareness is the major reason behind the increase in emissions and widespread environmentally degrading lifestyles. The people of this country fail to understand the ecological importance of forests and mangroves, and their role in alleviating poverty in the region. Mangroves play an invaluable role as nature’s shield against storms, cyclones, sea intrusion, ecological disasters and as a shoreline protector. They economically support fishermen’s communities as they serve as a breeding ground for fish and shrimps, providing increased livelihood to the fishermen. With a decline in mangrove forest cover, the 1,050 kilometre coastline of Pakistan has become increasingly vulnerable to climate change impacts as recently increased cyclonic activity has hampered life in the coastal areas. Heavy rainfall and floods have destroyed agricultural output, the fish catch has been considerably reduced and millions of hectares of coastline have been lost to sea intrusions. Communities are not able to comprehend the reality that these mangroves help in mitigating climate change impacts, sustaining them economically by providing crabs, shrimps and other catch.

In the northern part of the country, people use wood for domestic and commercial purposes, hence putting pressure on the environment. Deforestation has soared and has led to an increase in carbon emissions, which are causing glaciers to melt at a fast pace, further causing glacial lake outburst floods (GLOFs) that ultimately flood rivers. Consequently, deforestation has led to the flooding of rivers every year in Pakistan. The floods that occurred in 2010, 2011, 2012 and 2013 are the result of climate change in the country. The 2012 floods alone cost the government six billion dollars, putting further pressure on the economy.

Where the whole world is getting serious about tackling climate change impacts and allocating huge budgets for its mitigation, Pakistan, despite being most affected by it, is not spending the required budget to make vulnerable areas resilient to climate change. Only Rs 135 million was allocated for the Climate Change Division (CCD) in the 2012-2013 budget. Furthermore, the amount was reduced by over 50 percent to Rs 58.8 million rupees in the 2013-2014 budget, highlighting the casual attitude of the government towards mitigating the impacts of climate change. The recent floods have cost the government over $ 12 billion and dedicating such a small amount of gross domestic product shows the government’s failure to understand the implications of climate change-related issues. If reforestation of forests, particularly in the northern and coastal areas, is undertaken, climate change impacts can be reduced. Also, coastal communities will be more resilient to the impacts of climate change. Even if climate change was not affecting our agriculture and economy, we need to pay special attention by adopting precautionary measures and managing environmental hazards appropriately. It is our responsibility to create a better environment for generations to come and it is hoped that with the passage of time awareness regarding climate change issues will be increased, and the government will take concrete measures for its mitigation. 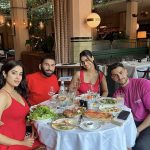 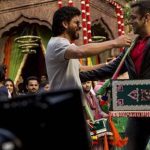 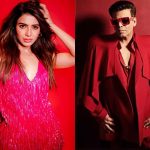 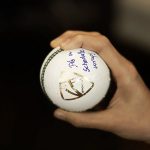