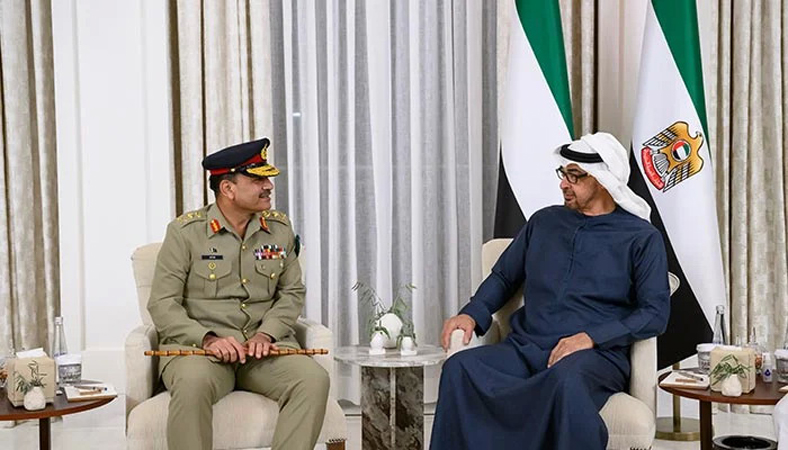 The two sides also discussed ways to strengthen military affairs to serve the common interests of the two friendly countries during the meeting, as per the state news agency.

“The two sides reviewed cooperation relations and joint work between the UAE and Pakistan in defence and military affairs, as well as ways to strengthen them to serve the common interests of the two friendly countries,” said the statement.

Gen Munir was received by the UAE president at Qasr Al Shati Palace. President Nahyan congratulated the army chief on his appointment, wishing him luck in his new duties to serve his country and people.

The WAM reported that Gen Munir expressed his thanks and appreciation to the president for congratulating him.

During the reception, according to the SPA, the army chief and the Saudi crown prince “reviewed bilateral relations and the ways of enhancing them, in addition to a number of issues of common concern.”

This is Gen Munir’s first overseas official trip ever since he took charge as the army chief. He is expected to return to Pakistan on January 10.

The ISPR had said that the army chief during the week-long visit would be meeting the senior leadership of both countries and discussing matters of mutual interest, military-to-military cooperation and bilateral relations focusing on security-related subjects.