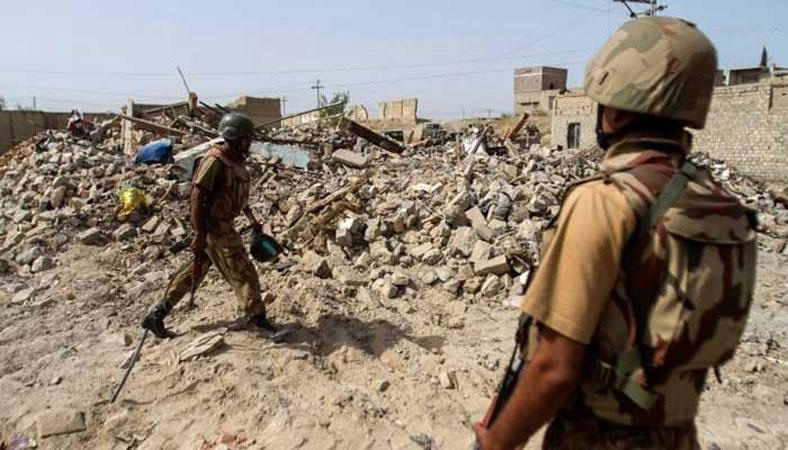 Four terrorists were gunned down Saturday in an intelligence-based operation (IBO) conducted by Peshawar region’s Counter-Terrorism Department (CTD) and security forces, the department said. According to CTD, the operation by the teams was carried out in Peshawar’s Sango Sarband area based on confirmed information to arrest the terrorists. The militants attempted to escape and opened fire as soon as they saw soldiers at the Khyber border. Crossfire between the terrorists and operation teams, as per CTD, continued for a while. Once the gun battle ended, a clearance operation was conducted in which four terrorists were found dead while three to four managed to escape in the dark. CTD stated that the killed terrorists belonged to a banned organisation and were wanted by the department in several cases. The department also mentioned recovering four Kalashnikovs and three hand grenades from the terrorists who were shot dead.

The CTD statement said the terrorists had “planned to sabotage the province and wanted to target important installations and other religious places”. The spokesperson said that weapons and explosives were recovered from the arrested suspects – including an improvised explosive device bomb, half a kilogramme of explosive material, 0.6 metres of safety fuse wire, 1.8m primacord, two hand grenades and two detonators.