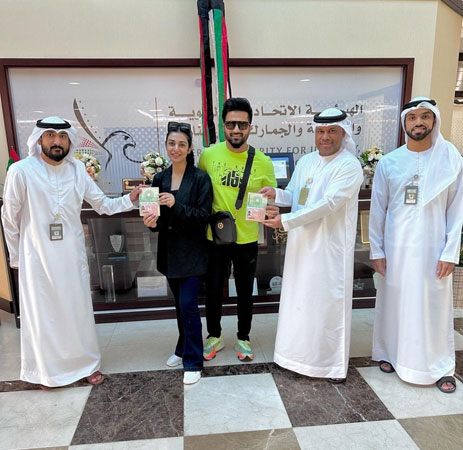 Celebrity couple Sarah Khan and Falak Shabir are one of the most celebrated couples and display their affection towards each other through interviews and social media posts.

Though they are one of the most beloved celebrity couples, it does not mean they are on board on every matter. Falak Shabir, in an interview, revealed that Sarah Khan refused to shoot a music video with her as it required dancing.

For the unversed, the celebrity couple Sarah Khan and Falak Shabir got married in an intimate nikkah ceremony in July 2020. They welcomed their first child, a baby girl Alyana Falak in 2021.

Both Sarah Khan and Falak Shabir with massive fanbase on the social platform, frequently treat their fans with family glimpses and heart-melting videos of their toddler.

In other news, Khan and Shabir were granted golden visas for UAE earlier this week, as announced in an Instagram post.

She shared a click with her partner and officials on the gram and wrote, “We are so honoured to receive our GOLDEN VISA from a country that is our second home, UAE.”