Writing about the fourth of January has possibly been the most difficult chapter of this book. The pain and loss of that day makes everything else pale by comparison. The fourth of January 2011 should have been a day of celebration as it was the twenty-fifth birthday of my brother, Shehryar. My father and Shehryar had spent a couple of days in Islamabad for work and were scheduled to return for an evening of festivities at home, which had been planned by my mother.

Shehryar called to say he was leaving by road and Abba would conclude his official commitments and fly in in time for the party. I ended the call and walked across to my mother’s bedroom, where she was engrossed in an animated conversation with my father, and I asked if I could have a quick word with him.

He sounded cheerful and busy, in a great mood. He was happiest and content when a million challenges lay ahead of him. As we spoke, he was strolling through the quaint but bustling Kohsar Marker with his official security detail. I’ve had my soup, I’ve got my book, and I’m a happy camper,” he told me. “I see on the news your government’s coalition has broken. Does this mean you will be out of a job?” I replied jokingly. 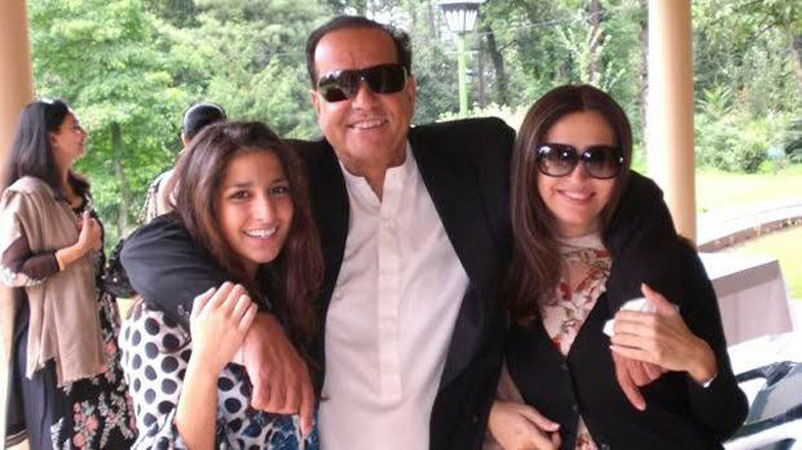 “Yeah, yeah, I have heard this a million times before, Just remember there will always be the appointed and the disappointed! So join the queue and get in line!” he said with his usual joie de vivre.

As I laughed and soaked up his wit, I had no idea these would be his last words to me. Our family home is centered around a courtyard. On one side, you can see into my father’s library and on the other is my parents’ lounge. The courtyard itself was always very special to me. It’s where my father’s day would start. Every morning at eight I would join him for breakfast and an engaging conversation, our special time together, which I cherished.

The conversation always centered around current affairs and our family business. That day, as I stood outside in the courtyard, excited to be reunited with both my father and brother and eager for the birthday celebration to begin, I heard my phone ringing. It was Tammy, my aunt, or khala. She asked if I was watching the news. “Why? What happened?”

“There has been an incident, possibly an explosion, in Kohsar Market,” she said worriedly.

My mind went in all directions in a panic. I prayed this was a mere coincidence as moments earlier my father and I had been speaking on the phone. “Abba is in Kohsar Market,” I said. I’m not sure what she said next. I wasn’t listening anymore. I hung up and ran inside the house.

My mind was racing with fear. Terror attacks and explosions were not uncommon in Pakistan. Some part of me deep inside already knew that, if there’d been an incident at the market, it must have involved my father. He was too high-profile and controversial for me to pretend that this was a coincidence.

I’d just been speaking with him. It didn’t seem possible that so much could have changed in a flash. When I entered my mother’s room, I found her composed and looking perfectly normal, but on seeing me, she knew something was wrong. “What is it, Beta?” she said–beta being a term of endearment for a son. I didn’t answer her. I was busy dialing my father’s number on my cell phone. No answer-but his phone was ringing, which I took as a good sign. Maybe he’s been distracted by whatever is happening in the market, I thought. Maybe he’ll pick up when I call him back. I called back.

This time the phone was off. My mother could see I was panicking and kept pressing me to tell her what was going on. “Aunt Tammy just called and said there’s been an incident in Kohsar Market.” I dialed my father’s number again. Pick up, pick up, pick up. Tell me you are safe. Tell me this is nothing. 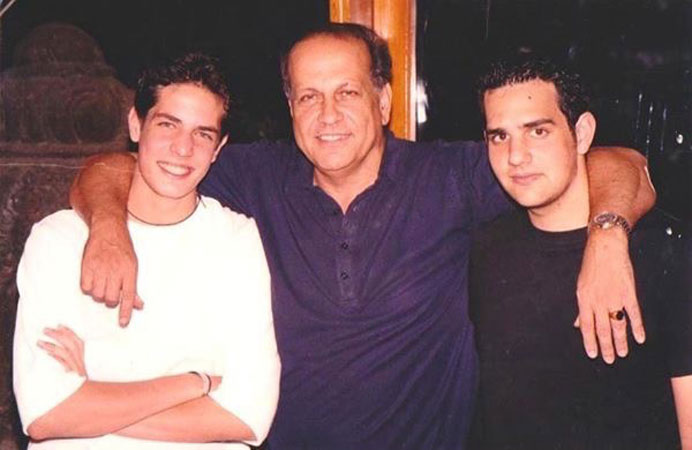 My mother’s face went white as a sheet. “What kind of incident?” His phone was still off. No answer.

I hung up and called his military secretary. When I got through, he said, “I heard as well. I’m on it? Otherwise, he had no news for us.

A sense of frantic urgency set in, even as we realised we could do nothing but wait. These moments felt like the longest and most desperate of my life. I looked at my mother; I wasn’t sure what to tell her. We both stood there in silence Then her phone rang. It was Tammy again. “Turn on the TV.”

Kohsar Market, in one of Islamabad’s affluent neighborhoods, is a vibrant hot spot packed with restaurants and cafes to which diplomats and journalists gravitate. On TV, the images were chaotic and confusing. Clearly, something catastrophic had occurred, but we couldn’t tell what. It didn’t look as if an explosion had happened, but something bad definitely had.

Then the TV anchorman announced, “We’re getting reports that the governor has been shot.”

There was no further news, so I immediately put in another call to my father’s military secretary. Unable to get through, I left word, asking that he call me right away. By this time, my brother had arrived. No one was thinking about his birthday or the planned celebrations. We were glued to the TV, waiting for news. But none was coming. My mother couldn’t take the uncertainty, so she headed out to the garden with my sister and brother to wait. A few minutes later, my phone rang. It was Colonel Haider.

I took his call in the courtyard. “What is happening?” I was distraught. Clearly, from the news reports, something had happened to my father. I wanted the colonel to tell me my father was safe, he was going to be okay, that they were rushing him to hospital, to the attention of the best doctors in the country. I wanted to hear the colonel say my father would soon be home, reunited with us, as he’d promised he would be, just a few minutes earlier.

Instead, the colonel said, “Shahbaz, we’re going to bring him back.”

“What? Why?” I was confused and angry. This made no sense. My father needed to be in the hospital, I argued. He needed the best care that doctors could provide. He did not need to be flown back to us in Lahore. That sounded incredibly dangerous. No, we would go to see him. We would get on the next flight. “Listen, you have to understand what Im saying. We’re bringing his body back.” I barely remember what happened after that. I know the phone dropped from my hand. I know I stumbled out of the courtyard and back into the sitting room where my mother and family were waiting.

Friends began filling our home. I meandered through the small crowd toward my mother, feeling an insane sense of emptiness that is hard to describe, even now. This feeling that your whole world has fallen apart. Barely having processed it myself, I now had to break this news to my mother.

This passage has been extracted as a tribute to the writer’s late father from “Lost to the World: A Memoir of Faith, Family and Five Years in Terrorist Captivity,” originally published by Transworld (2022).