Salman Taseer: The Light Shines On 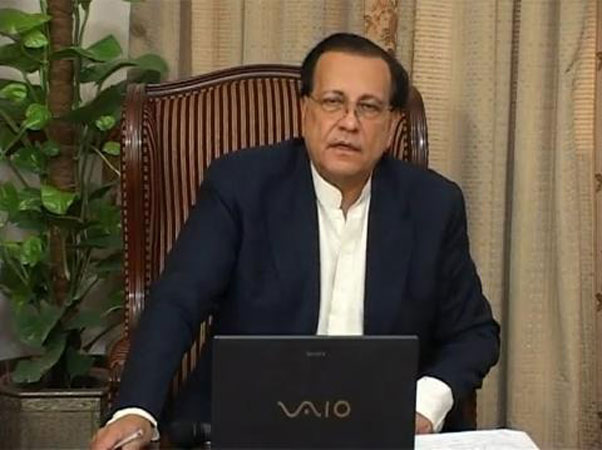 Daring to disagree with Jean De La Fontaine, sadness does not fly away on the wings of time. At least, not always. If the ticking of the clock actually carried some magic, the past 12 years would have been enough to pierce through the blanket of silence commemorating a fallen warrior: Salman Taseer.

As his bullet-riddled body was lowered into an early grave, hopes for a tolerant, pluralistic Pakistan, as envisioned by our founding father, hurried to join. After all, there was only a limited number of lions our soil could take credit for. Not many can find the courage within and thunder, “If I do not stand by my conscience, then who will?”

The brazen display of support in a jail in Sheikhupura when he had comforted a woman said to be living on borrowed time had managed to leave even people in his close circles a bit surprised.

Asia Bibi, then accused of blasphemy, sat at the heart of the stinging controversy that began from burned effigies, twisted-turved around heated declarations on mainstream media and ended with a policeman becoming a law unto himself.

His friends were quick to remind him how life had never been easy for the “westernised” ideals of well-to-do liberals in the largely conservative country. That the social stature would not always provide the cover echoed far and wide. But both sides grossly underestimated how invested Taseer had become in the fight mandated by the white in his much-revered flag as well as the teachings of the book he was accused of turning his back on. The barrage of stones continued and his brusque, unrelenting vigour followed. But he could not play with fire forever.

No matter how high he sat in the federation–that too, in the largest, somewhat urbanised province–he could not be allowed to get away with poking the ugly bear of irrationality, point fingers at the pernicious baton and get away unharmed. The prejudice must have made up its mind at the first glimpse of the warm exchange between the former governor and the anathematised. How dare he defy the status quo? How could his scruples steal the limelight from the injustice? The course correction needed a sacrifice, for sure. Blood, the bigoted had demanded. Blood, the astray would be fed.

To their misfortune, Mr Taseer tugged at their masks from the ferocious claws of death. His bravery and the subsequent unleashing of hellfire very publicly spelt out the end of reason and pulled back the drapes off the moderation facade practised by the ruling elite. Repackaging their vile abuse of authority in a glossier cover of religion would not make it smell any sweeter. “What’s in a name” anyway? The chaos that prevailed soon afterwards was assumed to nip the revolucion in the bud. But the forces that be forgot how the journey must go one. The hands have changed and the torch shines far less brightly. Quite reasonably, optimism might be difficult to hold on to because we cannot all be unafraid of holding the fort. Still, every faint ray of light standing up to protect the weaklings and take an unconventional public position is, in one way or another, a grand homage to the memories and principles of Salman Taseer. You may have left us, sir, but your perseverance as the fountainhead of a better Pakistan lives one. Just like you, “hum ne (bhi) gulshan k tahfuz ki qasm khae hae.” (we, too, are ready to defend the homeland)