After Sajal and Kubra, Mehwish takes a dig at Adil Raja 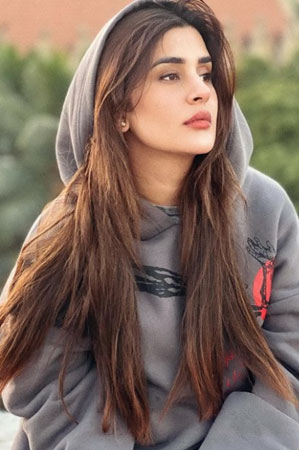 Khan asked Raja to come up with proof to corroborate his claims or be prepared to face legal action.

The social media activist Raja had made some claims about Pakistan actors and models sharing the initials of their names. Although, he did not disclose the full names but social media users were quick to notice who he was allegedly mentioning.

Shortly after his vlog surfaced online, a large number of social media users were seen spreading a collage of pictures featuring Mehwish Hayat, Mahira Khan, Kubra Khan, and Sajal Aly. A video of also went viral on social media in which a man and woman can be seen dancing but social media users claimed it was Kubra Khan.

In response to Kubra’s threat, Adil Raja welcomed her on defamation charges. He said, “I haven t been defamed and you are welcome to press charges. You took my name and you used ‘Aurat Card’ against me. Because of you, I have been facing backlash on social media.”

“It is very sad that our country is becoming morally debased and ugly; character assassination is the worst form of humanity and sin,” Sajal wrote on Twitter amid this fiasco.

After all the drama on social media, Hayat also turned to her social media handles and said some people touch the lowest ebb of inhumanity for cheap fame. “Hope you’re enjoying your two mins of fame. Just because I am an actress doesn’t mean my name can be dragged through the mud,” she said. The “Ms Marvel” actor further said, “Shame on you for spreading baseless allegations and insinuations about someone you know nothing about & even bigger shame on people who believe this bullshit. This just shows the sickness of our society that laps up this gutter journalism without any thought. But this stops & it stops now!”

“I won’t allow anyone to defame my name,” Ms Hayat asserted.