* Lahore Arts Council Executive Director Zulfiqar Ali Zulfi welcomed the guests and thanked them; he said that Alhamra takes these initiatives for promotion and development 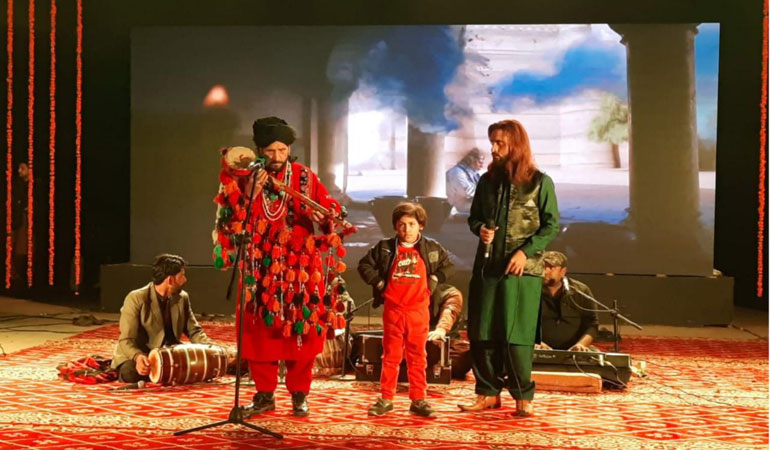 In the Night of Sufi Music, famous singers Sain Zahoor and Tahseen Sakina presented Sufi songs in their unique styles.

The Executive Director Lahore Arts Council Zulfiqar Ali Zulfi welcomed the guests and thanked them, Zulfi said that Alhamra takes these initiatives as important for the promotion and development of Sufi music. Zulfi further said that we belong to the land of Sufis, which reflected in our traditions and the services of Sufis are remarkable for increasing the beauty and prestige of the society.

At the beginning of the program, the eminent Sufi scholar Sarwat Mohiuddin highlighted the thoughts and ideas of Sufis in this region and said that the great Sufis of this land played an important role in making the life of the individual society beautiful.

The concert was started by the performance of country’s famous singer Tahseen Sukna, who amazingly sang various mystical songs

Sain Zahoor, who has a unique place in the folk music, started his majic with the words of Baba Balhe Shah.

The attendees of the event thanked the Lahore Arts Council for organizing this event and said that Alhamra won our hearts by organizing such a memorable evening on the New Year Eve.