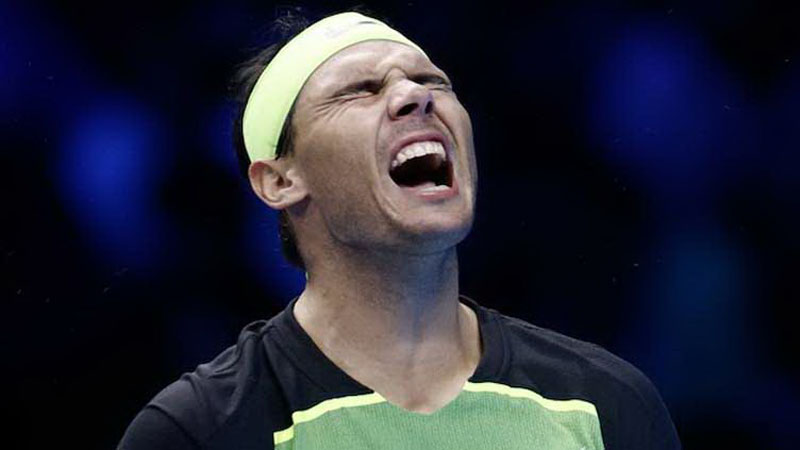 SYDNEY: Rafa Nadal suffered his second straight defeat at the United Cup mixed team tournament on Monday, falling to Australia’s Alex de Minaur as concerns about the world number two’s early season form grew ahead of his Australian Open title defence. Nadal showed glimpses of brilliance during his opening loss by Briton Cameron Norrie following his return to action after an injury-hit 2022 season and he looked set to respond against De Minaur, only to fall again as the Australian won 3-6 6-1 7-5. The 22-times Grand Slam champion has now won only one of his last seven matches on the ATP tour — a dead rubber round-robin stage victory over Casper Ruud at the ATP Finals.

His other losses have come against Felix Auger-Aliassime, Taylor Fritz, Tommy Paul and Frances Tiafoe. Nadal will next be in action at the season’s first Grand Slam at Melbourne Park starting Jan. 16, giving him time to iron out flaws. Spain and Australia not being in contention for the next stage of the inaugural $15 million prize money event had dulled the edge of their meeting slightly and De Minaur’s quest for a first win over Nadal looked set to continue as he fell behind. However, the 23-year-old rallied from a set and a break down to secure the biggest victory of his career as Nadal surrendered his serve in the 11th game and De Minaur closed out the victory to spark emotional scenes and delight the raucous Sydney fans.

Earlier, Taylor Fritz beat Alexander Zverev 6-1 6-4 while Madison Keys eased past Jule Niemeier 6-2 6-3 as the United States took a 2-0 lead over Germany that was enough set up a clash with Group D winners Britain in the next round. The winners of each of the two groups from the three venues — Sydney, Perth and Brisbane — compete in the “city finals” on Wednesday to determine who makes the last four. The fourth semi-finalist will be a runner-up with the best record from their three matches in the event.

In Brisbane, Iga Swiatek stayed perfect in the tournament by battling past Belinda Bencic 6-3 7-6(3), as Poland grabbed a 1-0 lead over Switzerland in Group B. Italy were 2-0 up against Norway after hard-fought wins in Group E in the same city, as Martina Trevisan beat Malene Helgo 7-5 3-6 6-4 and Lorenzo Musetti downed Viktor Durasovic 7-6(7) 6-3. Matteo Berrettini plays Ruud on Tuesday. Italy can reach the next round if they win the tie, while a defeat will send Brazil through. Stefanos Tsitsipas drew Greece level at 1-1 in their Group A tie against Belgium in Perth by beating David Goffin 6-3 6-2.