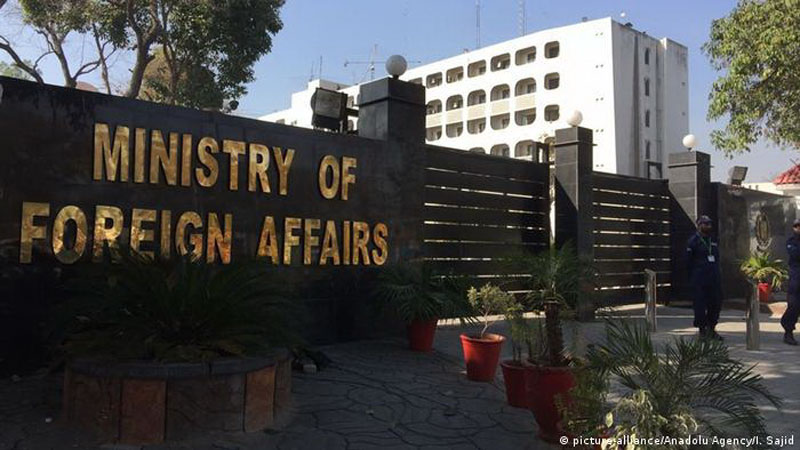 The Ministry of Foreign Affairs on Sunday announced the annual exchange of lists of nuclear installations and facilities between Pakistan and India.

The Agreement on Prohibition of Attacks against Nuclear Installations and Facilities between Pakistan and India was signed on December 31, 1988, and ratified on January 27, 1991. The agreement, inter alia, contains the provision that both countries shall inform each other of their nuclear installations and facilities, falling within its definition, on January 1 of each calendar year. Pursuant to the agreement, the list of nuclear installations and facilities in Pakistan was officially handed over to a representative of the Indian High Commission in Islamabad at the Ministry of Foreign Affairs on Sunday.

Simultaneously, the Indian Ministry of External Affairs also handed over the list of India’s nuclear installations and facilities to a representative of the Pakistan High Commission in New Delhi.

The practice of exchanging the lists has been continuing since 1st January 1992. The two countries also exchanged, through diplomatic channels, the lists of prisoners in each other’s custody. The simultaneous exchange of lists took place in pursuance of the Consular Access Agreement of 2008. Under the agreement, both countries are required to exchange the lists of prisoners in each other’s custody on January 1 and July 1, every year. The government of Pakistan shared a list of 705 Indian prisoners detained in Pakistan, including 51 civilian prisoners and 654 fishermen with the Indian High Commission in Islamabad.

Furthermore, a request for a grant of consular access to missing defence personnel of 1965 and 1971 wars, and special consular access to 56 civil prisoners have also been made. Pakistan’s relationship with India has been increasingly tense in recent years.

The Indian Ministry of External Affairs had released a statement saying that Pakistan “lacked the credentials to cast aspersions at India”, which was rejected by Pakistan.

The Foreign Office spokesperson had said this reaction was a “reflection of India’s growing frustration over its failure to malign and isolate Pakistan”. Further, Indian PM Modi also announced a reward on Bilawal’s head, which the Pakistani FM claimed was “crossing the line”.