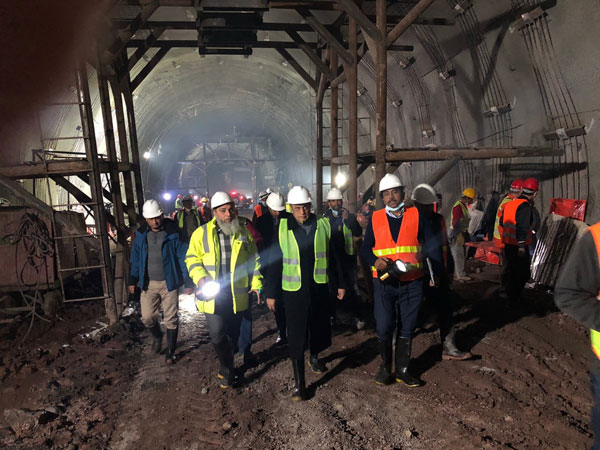 Electricity generation from Neelum Jhelum Hydropower Project had to suspend in July 2022 due to blockage at one location of the Tail Race Tunnel, out of the project’s tunneling system which is about 68 Kilometers long. Consequently, WAPDA started remedial works by awarding contract to a Chinse construction firm in August 2022 after seeking approval from the Federal Government. Since then, the remedial works are being carried out day and night at the site.

While witnessing the construction work at the site in the Tail Race Tunnel, the Chairman emphasized upon the project management to complete the remedial works in accordance with the schedule. He further directed that recommendations made by the International Panel of Experts be also adhered to in carrying out the remedial works. Earlier in a briefing, Chief Executive Officer Neelum Jhelum Hydropower Company apprised the Chairman about progress achieved so far on the remedial works.