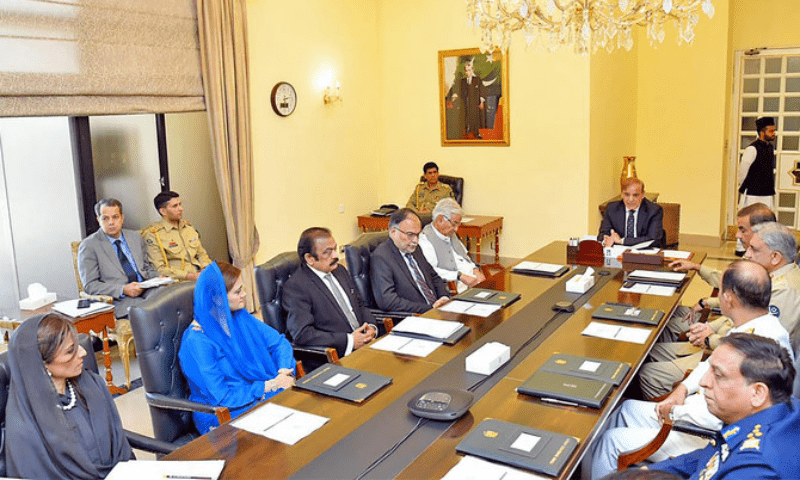 The heads of intelligence agencies gave a briefing on the overall law and order situation in the country and informed the meeting about the factors behind the recent wave of terrorism and the measures to deal with them.

Minister of State for Foreign Affairs Hina Rabbani Khar briefed the meeting on the situation in Afghanistan and informed about Pakistan’s relations with the interim government of Afghanistan.

The meeting expressed an unequivocal opinion that Pakistan’s national interests would not be compromised and no one would be allowed to harm national security.

It was stressed that the interests of Pakistan’s survival, security and development would be protected with great courage, consistency and steadfastness.

The meeting paid tribute to the great sacrifices of the martyrs who lost their lives in terrorist incidents and expressed sympathy. The meeting termed the terrorists as enemies of Pakistan and expressed resolve to eliminate them.

It was emphasized that the entire nation was united on the common narrative against terrorism and terrorists.

The National Security Committee (NSC) will finalize its decisions on Monday in line with the recommendations.