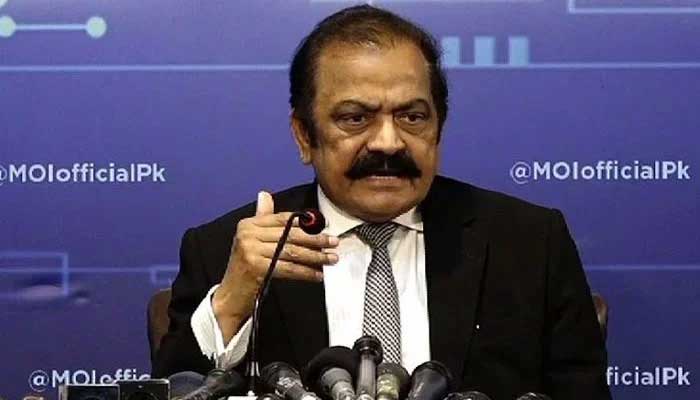 Interior Minister Rana Sanaullah said on Friday that the order issued by the Islamabad High Court (IHC) regarding the local government (LG) polls in the federal capital was not enforceable.

Rana Sanaullah said: “We respect the court [Islamabad High Court], but holding the elections is not possible as the arrangements cannot be made in such a short period.”

He added that as many as 1,000 polling stations needed security, election material is still not deployed at the stations and the polling staff will also be needed. “This isn’t possible.”

The IHC had earlier directed the Election Commission of Pakistan to hold local government elections in the capital on December 31 after it accepted Pakistan Tehreek-e-Insaf (PTI) and Jamaat-e-Islami’s (JI) petitions seeking to nullify ECP’s decision to postpone the local polls.

Earlier, the high court disposed of the PTI and JI plea challenging the postponement of Islamabad LG polls.