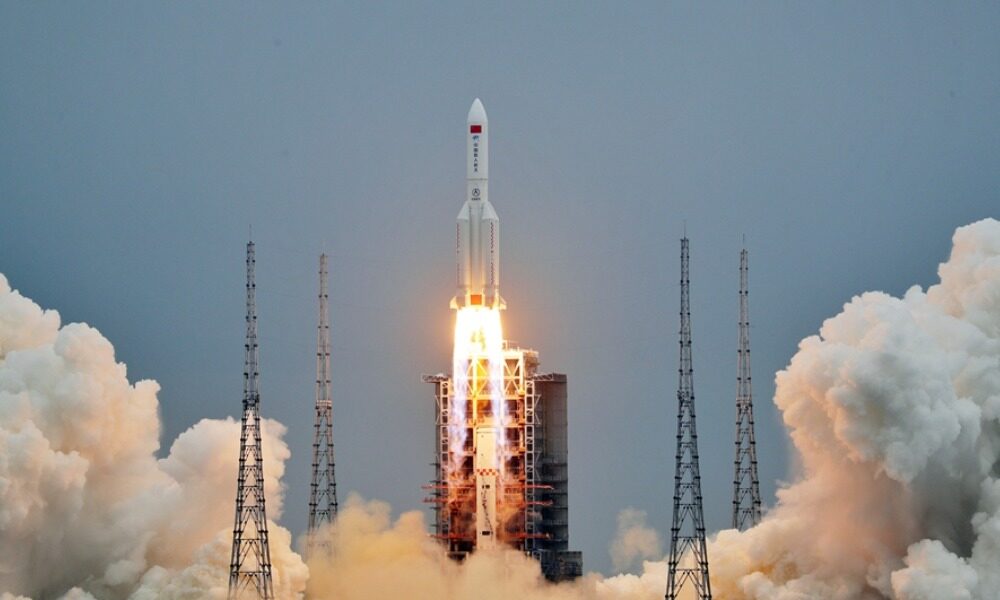 The launch, the 53rd for the Long March family this year, marks the first time that launch vehicles developed by China Aerospace Science and Technology Corporation (CASC) have delivered over 50 successful missions in a year, sending more than 140 spacecraft into space with a 100 percent success rate.

The record has laid a solid foundation for China to become a strong global space power. While the number of annual launches has reached at an all-time high, the proportion of launches by new-generation vehicles is also increasing, reaching about 27 percent in 2022, leading Chinese rocket scientist Long Lehao said.

This year, the construction of the China Space Station went into full gear and successfully completed all designated tasks for this phase with six missions – two manned missions, two cargo flights, and two extra-large module deliveries – all fired into space by Long March vehicles.

The Wentian and Mengtian lab modules weigh over 20 tons each, and the Tianzhou cargo spacecraft also weighs more than 13 tons. In total, the six launch missions have sent over 90 tons of payload to the space station.

In addition to China taking only one and a half years to complete the construction of the space station, another major achievement is that we have updated and optimized other space application systems such as the Gaofen Earth-observation program used for agricultural, disaster, resources, and environmental monitoring, as well as the BeiDou Navigation Satellite System, space analyst Song Zhongping said.

China’s commercial spaceflight has also seen a number of strong developments in the past year. In February, the Long March-8 Y2 carrier rocket sent 22 satellites into their preset orbits. In addition to being the maiden flight of the new configuration of Long March-8, it also set a record in the number of satellites brought to space in one go.

In December, China’s commercial carrier rockets welcomed a new member to the family, as the Smart Dragon-3, or Jielong-3, made its successful maiden flight from the waters of the Yellow Sea, sending 14 satellites precisely into their designated orbit.

Its debut further expanded the spectrum of China’s launch vehicles and marked the country’s first hot seaborne launch, filling multiple technical gaps in China’s domestic aerospace industry. For the next step, China is developing a next-generation manned launch vehicle that will meet the long-term strategic need for manned lunar exploration.

It will be capable of sending payloads of 25 tons directly into Lunar Transfer Orbit (LTO), or payloads of 70 tons into near-Earth orbit, and is expected to make its maiden flight by 2027, the CASC previously revealed to the Global Times. A new model of super heavy-lift carrier rocket – the Long March-9 – is also under development.

It will be a 10-meter-diameter, three-stage mega rocket with a height of 110 meters, capable of sending payloads of 150 tons into near-Earth orbit, 50 tons into LTO and 35 tons to the Mars Transfer Orbit. The first flight of the Long March-9 vehicle can be expected in around 2030.

Stepping into 2023, China’s spaceflights will continue to have a tight schedule, with the Long March-2F and Long March-7 launch vehicles carrying out launch missions for China Space Station’s operation phase. New-generation launch vehicles are also expected to be unveiled according to mission plans.

At least two manned missions and two cargo spaceflights will be arranged for next year so that the China Space Station will smoothly enter the operation stage and have crews onboard for long-term maintenance, Song noted.