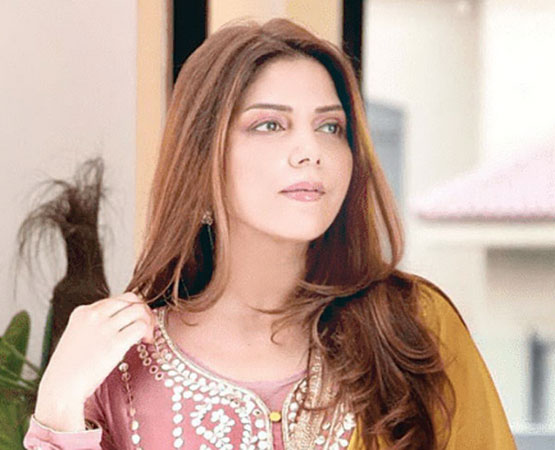 A singing video of the multi-talented celebrity, Hadiqa Kiani and singer Nayel Wajahat from the sets of ‘Pinjra’ is going viral on social media.

On Thursday, Kiani shared a glimpse of the BTS fun from the ‘Pinjra’ sets on her Instagram account as the prolific performer serenaded the co-stars with her soulful rendition of the classic, ‘Ajeeb Dastaan Hai Yeh’ while emerging musician Nayel Wajahat – the younger son of filmmaker Wajahat Rauf – gave the background score with his guitar.

“A little impromptu cover of Ajeeb Dastan Hai Yeh with the very talented @nayelwajahat when we were making Pinjra,” Kiani wrote in the caption on the photo and video sharing application.

“I can play this tune on loop in my head all day, a classic.”

The clip posted a few minutes ago has already been watched by at least 50,000 users of the social platform and received numerous likes and comments for both celebrities.

About ‘Pinjra’, the superhit drama serial follows the storyline of sibling rivalry and mistrust between the parents and their children, while contrasting two family systems focusing on different upbringing practices.

‘Pinjra’ – written by the late playwright Asma Nabeel and directed by Najaf Bilgrami – airs prime time every Thursday only on ARY Digital.